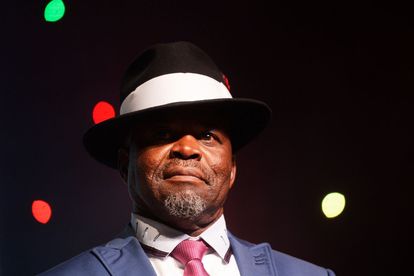 Patrick Shai’s close friend – Thabang Sefotho has revealed that the actor was battling with the character assassination on social media in their last phone call.

Sefotho who is the founder of a movement titled ‘Tigers Do Cry’ shared their last conversation on 702.

Speaking to 702 host Clement Manyathela Sefotho who is the founder of ‘Tigers Do Cry’ shared his last conversation with The River actor.

Shai who was a gender-based violence activist spent his last years speaking about his past to assist other men.

“Last week Tuesday, I think, after the Cassper thing happened on the internet, I personally spoke to him.”

“I called him and he was so apologetic.”

“He broke down, he literally cried on the phone. He was a very emotional person.”

The much-loved actor Patrick Shai also opened up about the backlash he received from social media since uploading the video about Cassper Nyovest.

Sefotho reveals that his last words to him were:

“ Look, ntwana, I’ve tried to reach out to Cassper and the family, I’m speaking to the management.”

“This character assassination on social media is really breaking me.’”

The Tigers Do Cry founder ended the call by stating that Shai felt let down by the last sentence of his video.

He called the rapper a “son of a b**ch” in the video where he challenged him to a boxing match.

ALSO READ: Patrick Shai’s son Kopano reveals he was humiliated by his videos

Fana who plays the role of Vukile Khubeka in the e.tv soapie described Shai as an “activist artist” who passed the baton to other actors.

“Rest in peace groomsmen (sic). You set the pace for us. We took the baton from you.”

“I looked up to Bra Patrick Shai. He was one of my two most favourite actors in SA, himself and my colleague Vusi Kunene.

“Bra Pat always preached black consciousness. He was an activist. It came from their era.”

“Activist artists. We took over the baton. Rest in peace Mokone.”