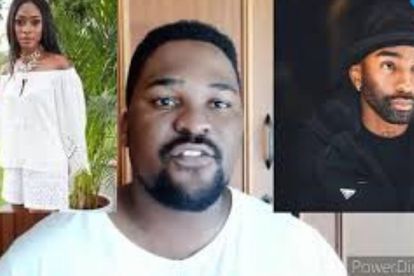 No sooner had Slik Talk uploaded a video bashing the wife of Riky Rick, than he swiftly deleted it following backlash on social media.

The controversial celebrity commentator trended on Twitter on Thursday, 3 March after he shared his latest video on his YouTube channel. In it, he took aim at those close to Riky Rick, including his wife Bianca Naidoo, and friends Lasizwe and Big Zulu.

But the majority of tweeps were upset at Slik Talk’s YouTube ramblings and accused him of “stooping to a new low”.

On Twitter, Slik Talk caught heat for his scathing attack on the widow of Riky Rick.

Many tweeps were shocked that the vlogger was publicly admonishing her for not preventing the star’s suicide last week.

“When someone has taken a decision to end their life, there is nothing that can convince them otherwise”

“This is ignorant and insensitive of Slik Talk. There’s so much to say about depression, suicide and family dynamics. But I’ll leave it at the only person that can stop a suicidal person from committing suicide, is that person. Family members shouldn’t carry that responsibility”

“If Riky Rick was still alive, I wonder how he would feel about Slik Talk now indirectly blaming his wife for failing to support him OR make him WANT to stay ALIVE. Especially considering that Slik says he respected him as a MAN. Why then disrespect his family WHEN he is gone?”

Others dragged him for his insensitive comments whilst family and fans were still in mourning.

“Slik Talk has been out of line many times, but today was a new low. It was lower than he ever needed to sink in order to get his clout. Lower than the lowest blow possible”

“That Slik Talk person is awful. What an awful awful human”

“Knowing how much Riky Rick loved his wife, at least respect him by not disrespecting her while she is still in mourning her husband. There is nothing right about what Slik Talk is asking regarding Bianca. NOTHING”

“Slik Talk owes Bianca an apology. What an irresponsible bunch of rubbish, no ways”

Meanwhile Gigi Lamayne, who has been vocal about her own struggles with depression and suicidal thoughts, has weighed in on Slik Talk’s comments.

Responding to the YouTuber’s claims that Riky Rick’s wife was indirectly to blame, the female rapper tweeted: “As somebody living with this, it doesn’t matter how much your partner or anyone else can try to reach out to you or be there for you. This is your personal war only YOU can deal with. I understand Slik’s take but let’s also understand that this is an internal war”