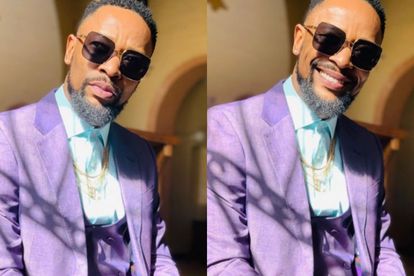 SK Khoza is known for trending for all the wrong reasons. On Wednesday 6 July a video of the actor performing oral sex on a woman went viral on Twitter. The video has been shared several times on the microblogging platform. So, it is difficult to say how many views the video has racked up.

SK Khoza has since responded to the viral video on his Instagram Story. He posted a cryptic message about being left alone in peace.

“Why can’t I just be left alone in peace,” he wrote.

Twitter users thought this could have a negative impact on his career.

While other Tweeps thought he should be allowed to live his life.

“People get excited when theres a sex tape from some random couple.. let an Actor or Artist do so.. yey yey Morals, Reputation this and that, caree ending this and that.. Let SK khoza enjoy his life,” wrote @MegacyYonkinto.