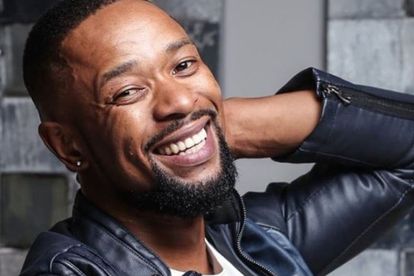 Is SK Khoza finding a new career path after exiting ‘The Queen’? Image via Twitter @ClickMediaSA

Is SK Khoza finding a new career path after exiting ‘The Queen’? Image via Twitter @ClickMediaSA

SK Khoza was booted from The Queen in November after allegedly abusing his partner, Amanda Hlongwane. Sunday World reported that Hlongwane opened a case of assault with intent to cause grievous bodily harm against Khoza on 13 October.

The hunky actor who was on The Queen for six seasons, had his contract terminated with immediate effect following the incident.

“You have been a hardworking individual from the day you walked onto our set. We have no doubt that you will carry on winning and working harder! Until next time,” wrote the production company.

ALSO READ: ‘He never learns’: SK Khoza’s axing from The Queen is no surprise

In one of his first appearances since leaving The Queen, the controversial actor went on the road with local record label Afrotainment for a Road Safety Activation ahead of the festive season.

While in Port Alfred, Eastern Cape, he joined Gqom star Dladla Mshunqisi on stage for a performance of his smash hit featuring Distruction Boyz, Omunye. Although we only catch a glimpse of the performance, SK Khoza does seem elated to be on stage.

FROM THE BIG SCREEN TO THE STUDIO

Attending another gig in Port Alfred, Eastern Cape, Khoza left the crowd wanting more after he hopped onto the mic covering Emtee’s smash hit Roll Up. He also covered another track and the crowd was pumped!

Could music be another career path for SK Khoza?