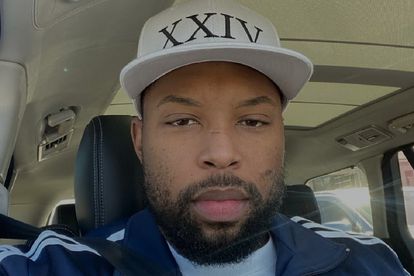 Sizwe Dhlomo weighs in on the recent Afriforum interdict regarding the SA governments R50m donation to Cuba. Image via @sizwedhlomo/Instagrma

Sizwe Dhlomo weighs in on the recent Afriforum interdict regarding the SA governments R50m donation to Cuba. Image via @sizwedhlomo/Instagrma

South Africans, and celebrities alike, are singing the praises of lobby group Afriforum after a victory that will stop the government from donating R50 million to the country of Cuba.

Kaya FM drive host and businessman Sizwe Dhlomo is one of the celebrities who has reacted to the news, stating that he agrees with the interdict.

On Tuesday 22 March, the Pretoria High Court granted an urgent temporary interdict that will prevent the Department of International Relations and Cooperation (DIRCO) from making a R50 million donation to Cuba. The civil rights organisation, in a media statement, argued that the decision to make such a donation did not make sense considering the country’s economic climate.

“AfriForum is pleased that the court ruled in its favour against the ludicrous donation amid a serious economic crisis.”

Announcing the victory on Twitter, Reiner Duvenage – who is the Afriforum campaign officer – said that they “will continue to fight against the squandering of taxpayers’ money.”

SIZWE DHLOMO REACTS TO THE OUTCOME

Following the judgment, radio host SIzwe Dhlomo took to his Twitter account revealing that he is happy with the interdict. Sizwe emphasized that although the country would love to help Cuba, the timing was just not right.

“I hate to have to agree with Afriforum but they’re right to interdict the government about their donation to Cuba. I love the Cuban people but this is bad timing gents. We need that R 50 mil more right now.”

Sizwe’s tweet, as expected, received a lot of engagement from his followers. One person who agrees with the former MTV Base presenter is DJ Warras who is a former LiveAMP presenter and the host of the drive show on Gagasi FM.

“Bruh?? Madness. Ngathi’sinemali thina. Cuba will squander the money anyway. That place is a failed state,” he replied to Sizwe.

HERE’S HOW SA REACTED TO THE AFRIFORUM INTERDICT