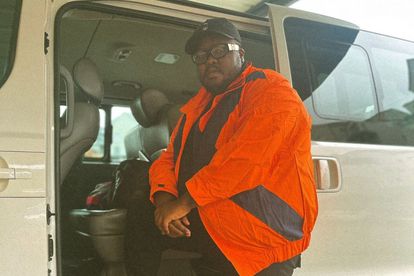 After weeks of tragic news on the entertainment front including deaths and depression, another celebrity trended over rumours he had passed: Heavy K.

However the rumours were soon put to bed after it was discovered that the music producer was actually “alive and well”.

It all began when Sizwe Dhlomo posted a cryptic tweet that read: “Eish… RIP Heavy”.

Unbeknownst to the public, Sizwe was actually referring to rapper Heavy Pablo.

According to entertainment site Kossy Derrickent, the muso was shot dead outside Sandton Mall. The publication reports that CCTV footage leaked to the public revealed how the incident took place.

According to News 24, police claim an unidentified man was shot multiple times outside Sandton’s The Marc on Wednesday, 2 February 2022.

“It is reported that the victim was shot by unknown occupants of a white VW Jetta at The MARC mall shopping centre. The circumstances that led to this incident are unknown at this stage as police investigations continue,” said police spokesperson Colonel Dimakatso Sello.

Upon realising that his followers were confused, Sizwe set the record straight on his mystery tweet.

No, no no! Not Heavy K! Heavy Pablo. Another dude of ours”, he tweeted.

After seeing his name trending on social media, Heavy took to Twitter to reveal that he was not dead.

ALSO READ: ‘I laughed it off’: ‘Gomora’s’ Israel Matseke-Zulu on his death hoax