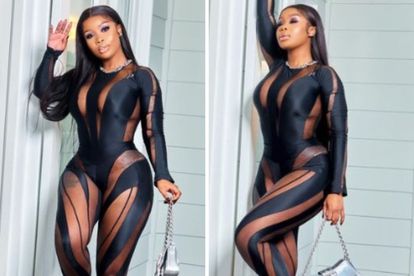 Media personality and DJ Sithelo Shozi recently revealed on social media that she is longing for her old body back after her Brazilian Butt Lift (BBL).

ALSO READ:Sithelo Shozi clears the air on BBL: ‘I didn’t get implants’

SITHELO SHOZI: ‘THE WAIST TRAINING THAT COMES WITH LIPO’

DJ Sithelo Shozi, who’s been crowned the body goals of the Brazilian butt lift (BBL) admitted on Twitter this past weekend that she misses her old body and wants it back.

Her revelation surprised her fans on social media as she’s been flaunting her newfound body for the whole world to see and serving her body goals.

PROS AND CONS OF BBL

Premieresurgicalarts reveals the pros and cons of a Brazilian butt lift surgery:

If you don’t lose or gain much weight, the fat that is transferred will remain there forever. The surgery is considered safe if done correctly and safely as there is no risk of rejection or allergic reaction to fat transferring because the fat is taken from your own body. And as the scars of incisions are minimal patients are usually happy with the procedure.

The Brazilian butt lift is also considered one of the most dangerous cosmetic surgeries and previously it had a higher mortality rate but now has been reduced due to safer methods that surgeons use.

It takes up to 6 weeks to fully recover from the procedure and patients are required to avoid sitting directly on the buttocks for at least two weeks as well as doing anything that exerts direct pressure on them.

About 40% of the fat that is injected into the buttocks is reabsorbed during the first four months.

ALSO READ:Sithelo Shozi clears the air on BBL: ‘I didn’t get implants’