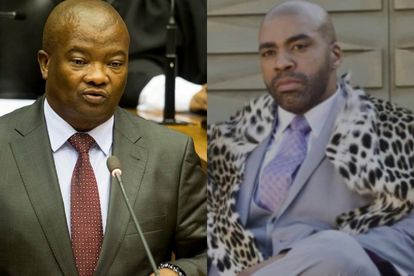 Politician and United Democratic Movement (UDM) leader Bantu Holomisa is under fire on social media for a seemingly “confusing” tweet.

The party leader conveyed his gratitude to the staff at Netcare Milpark Hospital in Johannesburg who took care of him after falling ill a few days after taking the Pfizer COVID-19 vaccine last year. However, his tweet was not well-received as it included producer and actor Shona Ferguson’s name and picture. The late Kings of Joburg actor lost his life in July 2021 at the same hospital.

BANTU HOLOMISA CLAIMS HE FELL ILL AFTER TAKING THE VACCINE

Holomisa took to Twitter on Monday night to express how grateful he was that his life was spared in June last year. According to the 66-year-old politician, two days after he took the Pfizer vaccine he blackout and had to be hospitalised.

His tweet, which had many questioning why he’d think to mention Shona Ferguson in it, received a lot of attacks. The tweet was accompanied by a link to an article on Milpark hospital owner.

“I hold no brief for Milpark hospital but I must thank it’s staff for saving my life. On 14/6/2021 I took a Pfizer Covid19 vaccine but on 16/6/21 I blacked out. Here’s The Owner Of Milpark, The Hospital Where Shona Passed Away.”

HOW DID SHONA FERGUSON’S NAME END UP IN THE TWEET?

It appears Holomisa’s mention of the late actor’s name in his tweet was somewhat unintentional. When he relayed his experience, he also shared a link to an article with the headline “Here’s The Owner Of Milpark, The Hospital Where Shona Passed Away” – which was the last bit of his tweet.

It also does not help his case that he shared the article link twice in the same tweet, which is probably why the article headline was added in that manner. Generally, when sharing an article link in a tweet, Twitter neatly boxes the article below your caption – with the headline and link appearing right at the bottom of the tweet, under the main picture used in that article.

Nonetheless, tweeps have called The General (as he is also known) out for linking his experience to Shona Ferguson’s death, no matter his message or intention.