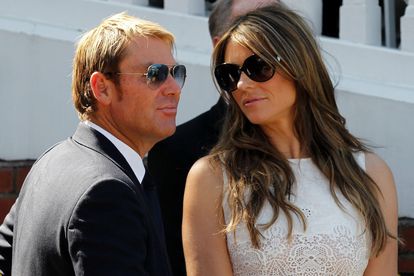 Heartfelt messages of condolences are streaming in after the death of Australian cricketer Shane Warne in Thailand earlier today.

He passed away at the age of 52 from a suspected heart attack.

While the world is still reeling in shock after the news of Warne’s death, many hoped that the cricketer, arguably known as one of the greatest spin bowlers of all time, would rekindle his relationship with actress and model Liz Hurley.

The Hurley and Warne love story

According to WalesOnline, the couple first met at a horse racing event 2010 and immediately hit it off. Both were divorced at the time and six months after they first locked eyes, Warne and Hurley started to make public appearances as a couple.

Hurley was linked to Warne in a cheating scandal before publicising her split from her previous husband Arun Nayar. Three months after her divorce to Nayar was finalised, the Passenger 57 actress was engaged to Warne.

The international relationship had the pair flying back and forth and although there were a lot of speculation on why they ended their engagement in 2013, Warne told the Australian news site news.com.au that there was no “no single, clear reason”.

WalesOnline reported that Hurley, known for her roles in films such as Austin Powers: International Man of Mystery, continued to live in the couple’s Grade II listed mansion Donnington Hall near the Welsh border in Herefordshire after the couple broke up.

“I’m quite sad it’s over because I still care about her deeply and she’s a wonderful person. When she first came to Australia we had been seeing each other for about six months or so, so I didn’t introduce her to my children until it was real and I believed it had a future – it wasn’t just a bit of fun,” he said.

Shane Warne: ‘My years with Elizabeth was the happiest of my life’

During an interview with The Mirror, Warne said that he only have fond memories of his relationship with Hurley.

“I was more in love with Elizabeth than I’d realised I could be. I miss the love we had. My years with Elizabeth were the happiest of my life,” he said.

The cricket legend, who was dubbed the “Spin King”, had quite a colourful life off the pitch, according to Mail Online.

Warne was married to his childhood sweetheart and former model Simone Callahan for 10 years before he was caught cheating on her with multiple women. This led to their marriage breaking down in 2005.

The pair, who share children Brooke, Jackson and Summer, briefly reconciled after their divorce, but split for good in 2007 before he met Elizabeth Hurley in 2010.

In the 2020 A Week With Warnie documentary, the blonde-haired, blue-eyed bowler revealed how the “circus” surrounding their romance relationship “got scary”.

He recalled seven cars and a helicopter following their every move when Hurley visited him in Melbourne in 2011.

“We tried to keep things as normal as possible, but it got scary,” the cricketer admitted.

The bowler and broadcaster’s last official and public relationship was with DJ and model Emily Scott, which ended in September 2014 after just three months of dating.

Not surprisingly, the spin bowler who was well known for his partying ways and sex scandals, was still found to be on Tinder at the age of 51.