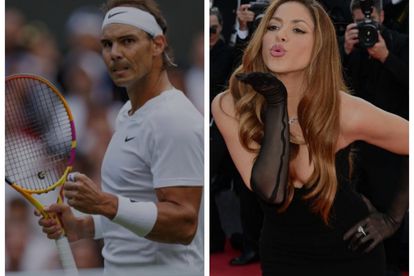 Colombian singer Shakira and Spanish footballer Gerard Pique’s lives have been thrust into the spotlight once again since announcing their split in June.

Last week, the Barcelona defender’s new girlfriend Clara Chia Marti was slammed for mocking Shakira by dancing to one of her songs. This week, Spanish paparazzi, Jordi Martin, reported that Shakira had a secret affair with Rafael Nadal.

According to Marca, Martin told the TV show, America Noticias, that the Hips Don’t Lie singer and the tennis star dated in 2009. This was before Shakira and Pique met in 2010 during the FIFA World Cup in South Africa.

“I can say that Shakira made a video clip with Alejandro Sanz, but she did not get involved with him,” Martin explained to America Noticias.

“She got involved with someone equally or more famous.”

At first, Martin — who also revealed Pique’s current affair with his girlfriend, Clara Chai — did not want to give more details but the host begged him and he gave a clue.

“He is a world-renowned person and a top sportsman. He’s not a footballer, he’s a tennis player,” he added.

Although refusing to give a name, Martin explained that the sportsman in question was the star of the video Gitana, a hit that Shakira released in 2010.

“I say that there was something in a video clip with a top athlete in Spain, among the three best athletes in the history of the country,” he continued.

Shakira and Pique announced their split in June after being together for 11 years.

“We regret to confirm that we are parting ways. For the well-being of our children, who are our highest priority, we ask that you respect their privacy. Thank you for your understanding,” read the statement from the Waka Waka singer.

The pair have two sons together – seven-year-old Milan and five-year-old Sasha.

When news of the couple’s split was made public, there were rumours that the soccer player cheated on Shakira. However, sports journalist Jose Antonio Aviles claimed this was not true.

“Someone very, very close to Pique has assured me that there was no infidelity on his part.

“There is a great surprise at the breakup and the statement that Shakira has sent. Their agreement was ‘you do what you want and I’ll do what I want’, but to present themselves as a couple to the public,” he told Viva La Vida.