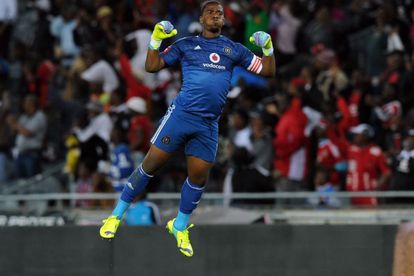 The murder trial of former Bafana Bafana captain Senzo Meyiwa resumed at the Pretoria High Court on Monday 30 May, but the trial was delayed for Judge Tshifhiwa Maumela’s to deliver his decision on whether Ten10 Films should be allowed to film in the courtroom or not.

The Pretoria High Court has heard that some witnesses in the Senzo Meyiwa trial have allegedly been exposed to harassment and intimidation following the airing of the Netflix docuseries Senzo: Murder of a Soccer Star. Ten10 Films is the production house behind the documentary.

Hence the dilemma as to whether Ten10 Films should be allowed to film in the courtroom. It was also noted that the documentary was released on 7 April, just four days before the trial was set to begin. This was also cited as a concern in the courtroom.

The legal representative for Ten10 films, Advocate Ben Winks, stated that his client gained permission from the Registrar. However, Advocate Malesela Teffo – who is representing four of the five accused – stated that there is a difference between a media house and a production house.

The popular docuseries on Netflix set tongues wagging on Twitter when it was aired. The fifth and final episode of the docuseries focused on the five hitmen accused of murdering Senzo. The documentary claims that accused number two, Bongani Sandiso Ntanzi, “snitched” on the other three accused.

In the documentary, Senzo’s brother Sfiso Meyiwa appears to believe her. Accused number four also claimed that accused number two was paid R3 million to incriminate the other three accused in court.

“We are now being used as scapegoats,” said Maphisa.

SHOULD PRODUCTION HOUSES BE ALLOWED TO FILM IN COURT?

The moral question posed in court today (30 May) is whether production houses should be filming for profit in court. Advocate Winks defended his client by stating that Carte Blanche, a weekly news programme was allowed to film in the courtroom for the Oscar Pistorius trial.

He stated that documentary producers are media houses. So, he feels that his client should be allowed to stay.

Advocate Teffo argued that Ten10 Films was present in court for the profit of their company and not for public interest. However, this could apply to any other media houses filming and taking photos in a courtroom as they can also be classified as profit organisations.