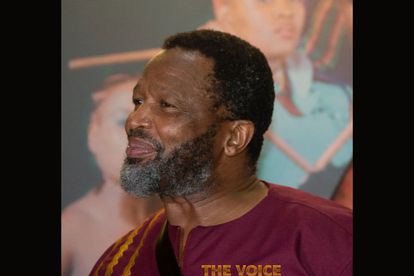 South African actor Sello Maake Ka-Ncube dragged his ex-wife Palesa Mboweni and admitted to contemplating suicide because of her – via an Instagram post on Sunday 20 February.

SELLO MAAKE KA-NCUBE: ‘I WAS MARRIED TO A CON ARTIST’

The former Scandal star shared a screenshot of a Sunday World article titled “where are the shares? Ka-Ncube asks ex-wife as divorce gets messy.” Sello Maake Ka-Ncube dragged his ex-wife in the caption of the post. He called her a con artist and said he couldn’t believe he married her.

“I can not believe I was married to a con artist and you guys called me names when I realised my blunder and divorced her after 8 months,” he wrote.

“I’m not fighting this matter because I want to bash my ex wife, I want the truth to be known and maybe I can help the young men who may fall victim to women similar to my ex wife. For the record I must categorically and unequivocally state that I don’t think all women behave or do things that my ex wife did to me,” he continued.

THE ACTOR ON CONTEMPLATING SUICIDE

Sello went on to say that celebrities are “sitting ducks” who also struggle in silence. He said that he contemplated taking his own life because of his ex-wife. Take a look…

“The thing is we so-celebrities are sitting ducks, we get threatened by people who mistreat us, lie to us and when all hell breaks loose they speak of us around dinner tables and boardroom and then run to the Media,” he wrote.

“Let the public know the truth that we sometimes struggle in silence, I mean I even contemplated taking my own life due to this woman, the pain, shame and sorrow she caused me was beyond comprehension,” he continued.

“Men need to stop suffering in silence, we need to fight for what is right without physical violence. I pray that the law will hear my plea as I’m gunning to have my marriage to this woman annulled. I want nothing to do with her and seeing that I can’t wish her away, I can at least attempt to have her legally removed from any affiliation with me,” he added.