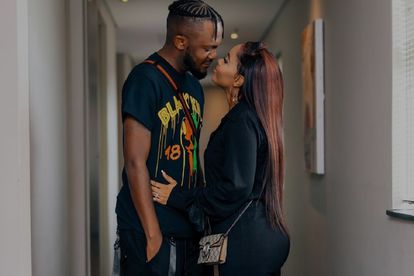 Kwesta is accused of cheating on his wife Yolanda Vilakazi with a woman named Nthabiseng. Image via @kwestadakar/Instagram

Kwesta is accused of cheating on his wife Yolanda Vilakazi with a woman named Nthabiseng. Image via @kwestadakar/Instagram

The rumours of the Spirit rapper’s alleged cheating came a day after the artist proposed a second time to his wife in a romantic and dreamy setting.

ALSO READ: ‘Player on & off the field’: Lorch allegedly cheating on Natasha

KWESTA ALLEGEDLY CHEATING ON HIS WIFE

According to controversial and under-fire entertainment commentator Musa Khawula, the woman in question’s name is Nthabiseng and she is allegedly from Mbombela in Mpumalanga.

The blogger, who posted pictures and a video on his Twitter on Friday 24 June, claimed that the Ngyazifela Ngawe rapper spends quality time with his alleged mistress whenever he is performing in that city.

On his Twitter, Musa shared a picture of the alleged side-chick alongside a picture showing a woman’s hand caressing the beard of a man who looks like Kwesta. In another post, a video shows the musician at a groove spot having drinks. The montage video also shows the woman in the same hang-out spot as her nails are zoomed into and they look exactly like the nails of the woman in the picture. In the same video, a screenshot of a WhatsApp story purportedly by Nthabiseng reads “Not this one performing Khethile Khethile.”

Kwesta’s love song Khethile Khethile is dedicated to his wife Yolanda and the music video features scenes from their two wedding days with both their white wedding and traditional Zulu wedding.

The cheating rumours came just one day after the Ngud’ hitmaker went down on one knee for the second time, as he proposed to his wife and reassured her of his life.

According to Yolanda, her husband decided to give her the proposal of her dreams as he could not the first. The couple, who share two daughters, got married in 2019.

Twitter users have been shocked and disappointed following the rumours. Many woman came out to tweet that they believed Kwesta was different and they were rooting for the celebrity couple.

In the song, which was released by the Akanamali hitmaker on Friday 24 June, he speaks to the common ideology that “all men are the same” — a nuanced “men are trash” message. The song is dedicated to his daughter and serves as a warning against men who are predators and cheaters.