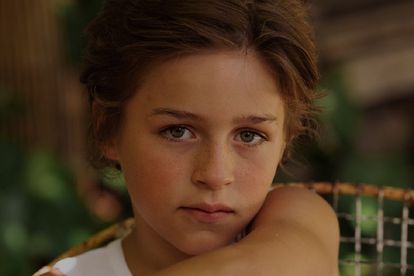 Caleb Payne has become the first South African actor to get a Youth Oscars nomination for his role in the Netflix film ‘Good Life’. Image via @thecalebpayne/Instagram

Caleb Payne has become the first South African actor to get a Youth Oscars nomination for his role in the Netflix film ‘Good Life’. Image via @thecalebpayne/Instagram

You may have seen Caleb Payne in the hit moves Kissing Booth 3 or when he featured in Resident Evil or Warrior Season one and two. Now, the 11-year-old actor has scored himself a nomination at the Youth Oscar awards in Los Angeles, IOL reports.

The Youth Oscars, also called the Young Artist Academy, were established in 1978 and have honoured the likes of Scarlett Johansson, Leonardo DiCaprio, and Jennifer Lawrence with nominations and awards in the Hollywood stars’ younger days.

Caleb, who hails from Cape Town, is nominated in the Feature Film Leading Youth Artist category. The starlet has been nominated for his role as Jetmir in the 2021 Netflix movie Good Life. In the film, Jetmir is an Albanian refugee and is one of the main characters in the story.

Good Life is a South African film directed by Bonnie Rodini. The whole movie was shot in and around Cape Town during lockdown in 2020.

WATCH THE OFFICIAL TRAILER IN THE YOURUBE VIDEO BELOW

Not only has Caleb bagged a Youth Oscar nomination at a very young age, he is also the first South African to do so. Apart from being on the big screen, he also appeared in TV commercials, something he started at the age of six.

“My parents believe in natural learning, so I can choose what activities I want to do and being unschooled gives me more time and freedom to explore my natural talents and interests that include kung fu, fencing and dancing.

“I also love surfing at Strand Beach and skateboarding at the Cloetesville skatepark in Stellenbosch or The Shed in Cape Town. I learn lines, practise my arts and enjoy them all in different ways,” Caleb told IOL.

His parents have also set up a campaign, Get Caleb to Hollywood, to help get him to the awards ceremony which will take place on 2 October.