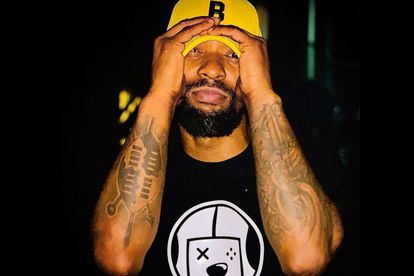 GBV ALLEGATIONS MADE AGAINST SK KHOZA

Sunday World reported that SK Khoza was let out on R2000 bail after allegedly beating up his fiancée, dental practitioner Ayanda “Mandy” Hlongwane. According to the publication, the incident took place after a “fierce” argument at Ayanda’s home in Fourways.

The couple had tongues wagging when they unfollowed each other on Instagram recently. This may have been due to the incident. The publication reported that SK Khoza lost his cool during an argument and started beating and kicking her. He then reportedly dragged her on the floor. Ayanda reportedly sustained severe injuries to the head.

Following the news of the alleged GBV, Tweeps want SK Khoza cancelled. Tweeps have previously called for media personality Somizi Mhlongo to be cancelled following the abuse allegations made against him as well as American singer R Kelly after he was found guilty of all charges in his sex trafficking and racketeering trial.

“Why is this guy still getting screen time?? This is not his first run in with the law,” wrote @SueNyathi.

“Eishhh SK kodwa… What will it take for him to behave… We get it you a Badboy.. Stop It,” wrote @Nate_Bovz.

“it’s a shame what happens to our Sisters they suffer and still stay for Because a Guy is a Celebrity, they stay for advantageous they get and friends would tell them to Bekezela,” wrote @Zash00G.

“Whether true or not, let’s stop physically and emotionally abusing those we claim to love. This applies to both men & women. If you’re unhappy, find ways to destress without destroying property or hurting the person. Failing which, get therapy so you can find a way to leave,” wrote @GodPenuel.

SK Khoza plays the role of bad boy Shaka Khoza on the Mzansi Magic telenovela The Queen. Tweeps feel like he just cannot seem to shed his on-screen image in real life as he had made headlines for the wrong reasons, more than once.