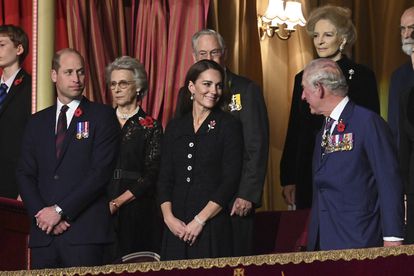 A new report suggests that the British royal family could have grounds to sue Netflix over their portrayal in The Crown.

Can the royal family sue Netflix for The Crown?

According to The Mail Online, close friends of the royal family reportedly approached law firms Farrer & Co and Harbottle & Lewis as they are worried about certain storylines in season 5 of The Crown.

The response they received was that they may have legal grounds to sue The Crown‘s creators.

And The Sun reports that the royal family were made aware of this legal advice from their friends, which could pave the way for The Firm to sue Netflix.

The Firm is an informal title for the British royal family and its associated institutions, including the courtiers, staff and working royals that keep the business of the monarchy functioning.

“The advice they received would also apply to the royal family,” a source told the outlet. “Although this is not direct legal advice given to the Queen and her family — they have been made aware of this advice.”

Dealing with controversial issues in The Crown

Season 5 of The Crown is set to feature controversial issues such as the divorce of Prince Charles and Princess Diana, the fallout from Diana’s death and an entire episode dedicated to Martin Bashir’s 1995 interview with Diana.

Another source also told The Sun that the next series could be “very damaging”, especially as many viewers believe the show to be a documentary rather than a drama.

In an attempt to combat this confusion, the government previously requested showrunners to include a disclaimer, but such a message has not been included by the show yet.

If action were to be taken, it wouldn’t be the first time that the royal family considered such a move.

Though earlier this year, in August, the Queen was reportedly “ordering” officials to plan a legal fightback against the Duke and Duchess of Sussex following their bombshell interview with Oprah Winfrey.

She might still be able to do so when Prince Harry releases his memoir in 2022.