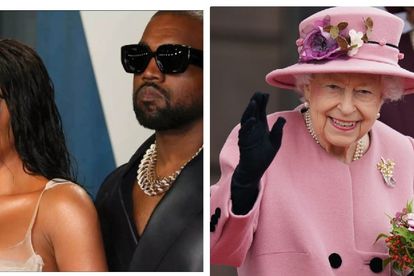 American rapper and businessman Kanye “Ye” West is still unravelling from his separation from the mother of his four children, Kim Kardashian.

According to US Weekly, the Stronger hitmaker told the people of London on Sunday 25 September that he “knows how they feel” because he lost his “queen” too in the Kardashians reality TV star.

Kanye’s Instagram Story comes six days after Queen Elizabeth II was laid to rest in a state funeral at the King George VI Memorial Chapel at Windsor Castle. The queen died on 8 September at the age of 96.

‘LONDON, I KNOW HOW YOU FEEL’

The controversial musician, who has previously made headlines for his tiffs with Kim Kardashian’s ex-boyfriend, Pete Davidson, is seemingly still healing from his divorce.

“London, I know how you feel. I also lost my queen,” the rapper wrote on Instagram.

Kanye West, 45, and Kim Kardashian, 41, were married for six years before the SKIMS founder filed for divorce in February 2021. Together the former couple share for kids; North, 9, Saint, 6, Chicago, 4, and Psalm, 3.

Although both have “moved” on, Kanye is still talking about his soon-to-be ex-wife, sometimes slamming her and other times expressing how much he wishes to reconcile with her.

In a candid interview that aired on Thursday 22 September on ABC’s Good Morning America, Kanye did something he rarely does, which is to apologise.

The Yeezy founder spoke about how he regrets the way he uses social media sometimes to bring bad publicity into Kim’s life.

“This is the mother of my children, and I apologise for any stress that I have caused, even in my frustration, because God calls me to be stronger,” Kanye said.

The Donda creator said that he acknowledges he may have caused unnecessary stress for Kardashian.

“I need this person to be the least stressed and the best sound mind, and as calm as possible to be able to raise those children.”

Kim and Kanye have previously been at loggerheads about co-parents. In March, the music producer lashed out at Kim for allowing their eldest daughter, North West, to share videos on TikTok. The Gold Digger rapper had said at the time that he has spoken to the reality TV star about their children being on social media, saying he forbade it.

In his interview with Good Morning America, Kanye also expressed his belief that his voice, as his children’s father, has been stifled.

“I’m their dad. It has to be co-parenting. It’s not up to only the woman. Like, men have a choice also. Men’s voices matter.”

In addition, he said that as a dad and as a Christian he has a right to have a voice on what his kids are wearing, what they’re watching and what they’re eating.

“I have a platform where I get to say what so many dads can’t say out loud,” he added.