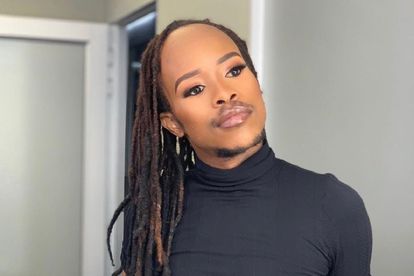 In a statement shared by entertainment commentator Phil Mphela, the former YoTV presenter is reported to have passed away on Wednesday 14 September “following a short hospitalisation.”

Mphela, who is friends with Lumko Johnson, took to Twitter on Wednesday night to share the sad news of the untimely passing of the media personality.

Reads the statement: “It is with great sadness that we share the news of the untimely passing of our beloved Lumko “Johnson” Leqela. They departed on the 14th of September 2022 following a short hospitalisation.

“This is a gut-wrenching loss to the Leqela family, their loved ones, the LGBTQIA+ community and ultimately to the South African broadcast and radio-television community.”

Lumko, who entered the media industry as a presenter on SABC 1’s YoTV, was described as a person who lived a life filled with purpose and authenticity.

“As we process this shock as a community, let us remember their light in this world.”

‘A BIG DEAL IN MOST SPACES’

According to the statement, Lumko first entered the public realm as a young teenager on the popular SABC 1 YoTV platform. The media personality went on to nurture a career in television broadcast, radio production and media at large.

“In their own words, Lumko was an ‘Accomplished TV & Radio Super Producer, Actor, Writer and Big Deal in Most Spaces'” the statement further reads.

Lumko was also best known for their starring role as gay fashion designer MJ in the Mzansi Magic telenovela Inkaba, from 2012-2013. They have also appeared in Check Coast, where they played the character of Vusi, and in Mzansi Love as Sandile.

The family will share details on memorial and funeral arrangements in due course.

In April, the multi-talented personality made a public announcement on social media about their evolution of identity.

“I’m here to share that in the last few months I have been privately reshaping my gender identity, with the assistance of therapy and hormonal treatment. I’ve kept this private to acclimatize my family and close friends to what the possible outcome could be.”

In their post, Lumko explained that their preferred pronouns are “they or them” until they advise the public otherwise.

“You may not refer to me as a he/him anymore. I’d also like to add that, anyone on a similar journey, questioning, transitioning, binaries – the fear is okay, the disrespect is not.”