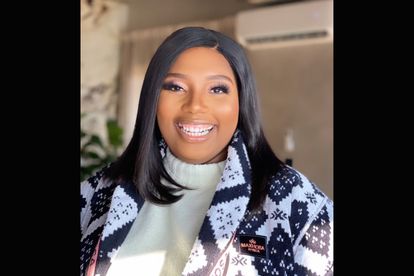 Twitter users are dragging Nonkanyiso “LaConco” Conco for renting a house to film in during season two of the Real Housewives of Durban (RHOD) following part two of the reunion episode which aired on Showmax on Friday 13 May.

LACONCO REVEALS SHE RENTED HER HOME

LaConco gained popularity on RHOD because many were interested in her love life. This was because she has a son with former President Jacob Zuma. As the season progressed the ladies felt she lied about a few things and demanded answers. LaConco refused to answer. So, the ladies swore to cut ties with her on the season finale of RHOD season two.

The ladies gathered to speak about the season at the reunion, hosted by Donovan Goliath. LaConco revealed that she rented the house that the other ladies thought was her home on RHOD.

The ladies questioned where they had been meeting LaConco, if that was not her home.

“I did say that I’m a tenant there, I don’t own the title deed,” she said of the home she showed on-screen.

“You know what I like here? I’ve never said I owned it,” she continued.

TWEEPS: ‘SHE’S LITERALLY CRAFTING HER LIFE FOR THE CAMERAS

Twitter users thought LaConco was “crafting her life for the cameras” because she rented out her home. Take a look…

“She goes as far as renting a house she can film in, why??? #RHODurbanreunion sis for your own ‘safety’, don’t continue with the show @la_conco,” tweeted @shoke_is_me.

“Kanti that house is not Laconco’s wow hey. What exactly is she hiding? Not even bo Oprah are as private as she is gosh. This one ai???? #RHODurban,” tweeted @Tsholof65409235.

ALSO READ: ‘A devil on earth’: MaKhumalo lashes out at LaConco on ‘RHOD’ reunion