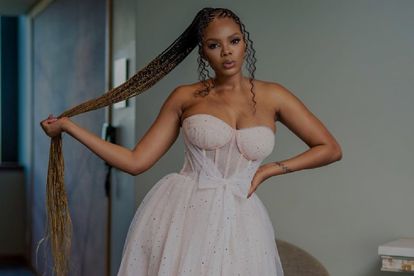 Londie London has confirmed that she is no longer with her husband Hlubi Nkosi. Image via @londie_london_official/Instagram

Londie London has confirmed that she is no longer with her husband Hlubi Nkosi. Image via @londie_london_official/Instagram

Musician and Real Housewives of Durban (RHOD) star Londiwe “Londie London” Zulu has revealed that she is no longer with her husband Hlubi Nkosi.

Taking to her Instagram stories on Wednesday 19 October, the singer said that the businessman is “free to date whoever he wants.”

Londie London’s Instagram post came after she received information in her DMs (Direct Messages) about her ex.

Responding to the messages, she wrote: “Thanks for the information in the DMs. We are no longer together. He is free to date whoever he wants.”

She also shared a quote about walking away when a man does not change his behaviour.

“Idk [I Don’t Know] who needs to hear this, but you made the right decision. He wasn’t going to change.,” the quote read.

The singer confirmed her marriage to Nkosi two years ago when she opened up about her first pregnancy, TshisaLIVE reports.

This year, the couple welcomed their second baby.

Londie announced that she was pregnant with her second child on the Real Housewives of Durban (RHOD) reunion which aired on Showmax on 6 May and in the same month it was reported that Nkosi had also impregnated socialite Phumla M.

According to City Press, Londie London had moved out of the home she shared with her now-ex amid claims he would be taking Phumla M as his second wife.