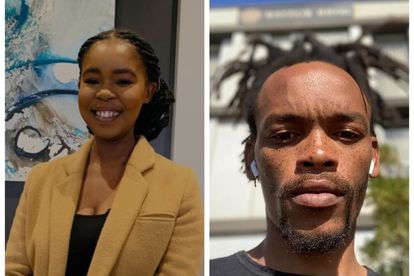 Nota Baloyi has questioned donating money to Zahara in order to help her save her home. Image via Twitter @azaniamusic_net, @zaharasa/Instagram

Nota Baloyi has questioned donating money to Zahara in order to help her save her home. Image via Twitter @azaniamusic_net, @zaharasa/Instagram

Controversial music executive and self-proclaimed hip-hop fundi, Nhlamulo “Nota” Baloyi, is against donating money to Zahara to help save her home.

The Loliwe hitmaker is reportedly on the verge of losing her house in Roodeport due to financial issues. While fans are willing to assist the star, Nota has slammed helping her and claimed she will “buy drugs” with it.

At the beginning of the month, it was reported by City Press that the singer stands to have her Roodeport townhouse auctioned as a result of defaulting on her monthly instalments of R17 665, 40.

As a result, Zahara has reached out for help in various forms. Speaking to Daily Sun, she said she’d appreciate donations, even if “it’s as little as a R100.”

In addition, the award-winning singer has asked Kaizer Chiefs Football Club to “lend” her the FNB stadium for a fundraising concert.

ALSO READ: ‘Lend me a stadium’: Zahara calls on Kaizer Chiefs to help save her house

NOTA CLAIMS SINGER IS A DRUGGIE

On Saturday 21 May when Twitter user BI Phakathi, who is well-known for his philanthropy, shared Zahara’s banking details urging fans to donate to the singer, Nota slammed the idea.

“You want us to buy her drugs? We learnt our lesson with Zola. She must go to rehab & leave DJ Sbu alone!” he replied.

“Now we are watching another apparent drug-fueled TikTok meltdown & yet DJ Sbu has nothing to do with her career but he’s the one that has to suffer because Zahara abuses substances?” he claimed.

The TikTok video in question is of a distressed Zahara asking fans for help amid her financial struggles.

In the video dated 21 May, the Mgodi singer tells fans that they should unite against her former record label executives, DJ Sbu and TK Nciza, who co-own TS Records.

Under the label, her debut album Loliwe reportedly achieved gold in 13 hours and platinum in 17 days upon release in 2011, SowetanLIVE reported. According to the musician, DJ Sbu and TK exploited her out of millions, hence her ongoing financial dilemmas.

“If you really care about me… Me fighting alone, I don’t have money for lawyers. My money is sitting there. I could maybe build a clinic in our village with that amount of money,” she said in the video.