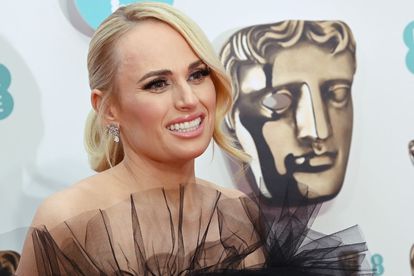 Australian actress Rebel Wilson hosted the 75th annual British Academy of Film and Television Awards (BAFTAs) at the Royal Albert Hall on Sunday 13 February. This was Wilson’s second time hosting the awards after stealing the show with her jokes in 2020.

The Pitch Perfect actress addressed several topics in her monologues at the awards including Russia’s invasion of Ukraine. During the awards ceremony, the 42-year-old flashed the middle finger to Russin President Vladimir Putin that left the BAFTA crowd roaring.

BAFTAS STAND IN SOLIDARITY WITH UKRAINE

As per The Hollywood Reporter, BAFTA chair Krishnendu Majumdar offered support to Ukrainian citizens in his opening speech at the awards.

“Together with our colleagues at the Ukrainian Film Academy, we stand in solidarity and hope for a return to peace.”

“We’re hugely grateful to the journalists covering Ukraine, many of whom are BAFTA members. Our thoughts are with the people of Ukraine as well as those affected by other conflicts around the world,” said Majumdar.

At the BAFTAs, Rebel Wilson kept the audience entertained with her jokes. Wilson also had the honour of announcing Emila Jones’ musical act. The English actress played the lead role in the 2021 deaf drama, CODA.

While announcing the performance, Wilson addressed Russin President Vladimir Putin and had a bold message for him.

“Luckily though, in all sign languages, this is the gesture for Putin,” said Wilson before flashing the middle finger at the camera.

Rebel Wilson’s bold move at the BAFTAs sparked some mixed reactions from social media users. Taking to Twitter, one tweep praised the star actress writing: “I’m literally in love with her.”

“She is turning out to be a marvellous host,” wrote another tweep.

“Giving Putin the finger felt like a really desperate attention-seeking move trying to inject herself finto the conflict.”