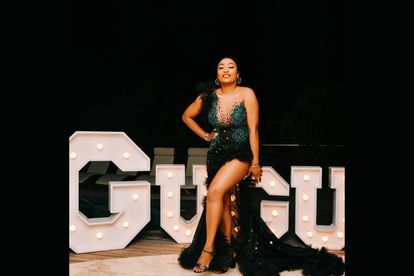 Businesswoman and reality star Gugu Khathi denied reports that she was fired from the upcoming season of Real Housewives of Johannesburg but says she quit due to “uncomfortable content”.

GUGU KHATHI RESPONDS TO CLAIMS SHE WAS FIRED FROM ‘RHOJ’

Gugu Khathi denied reports that she was fired from the Real Housewives of Johannesburg (RHOJ). City Press reported that Brinnette Seopela and Gugu Khati will not be apart of the third season of RHOJ.

The show was reportedly canned after a physical altercation between Gugu, Brinnette and Christal took place. This was at a popular lounge in Pretoria where filming was taking place. The publication also reported that Christall Kay was also not approached for the third season.

Gugu has since responded to the rumours. The reality star sent a Direct Message (DM) on Instagram to Zalebs asking them to remove their article.

“Please remove this story. You don’t have your facts right. I’ve also forwarded this to my attorneys. This is a sensitive matter that is in court. You are clearly not informed, I’d check my source if I was you. By Monday morning, if this story is still up, I will have no choice but to [demand] an apology legally,” she said to the publication.

Gugu claims that she was not fired from the show but she quit. She says this was because she was asked to shoot content on the show that made her and Brinnette feel uncomfortable.

“We are not allowed to discuss the matter but I can clarify the following. Me and Brinnette resigned because we were refusing to shoot some content on the show that made us really uncomfortable. The fight had taken place way before we resigned,” she wrote.

“The problem was not Christall but the production house. And yes I opened a case against Christall and so did Brinnette,” she continued.

Take a look at the screenshots shared by the publication.