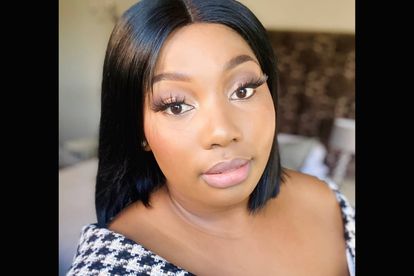 LaConco reveals the truth behind her relationship with ‘Petal’. Image via Instagram @laconco.fan_page.

LaConco reveals the truth behind her relationship with ‘Petal’. Image via Instagram @laconco.fan_page.

Reality star and businesswoman Nonkanyiso “LaConco” Conco revealed the truth behind her relationship with “Petal” on the season finale of the Real Housewives of Durban (RHOD) on Friday 15 April.

There has been a keen interest in the businesswoman’s love life from the first season because she was set to marry former President Jacob Zuma. However, she revealed that she was left to raise her son with her mom implying that Zuma was not an active father.

Annie Mthembu had been digging into LaConco’s love life since the beginning of the season but things seemed to heat up as the series progressed. LaConco was sent flowers while she was at an event at Jojo Robinson’s home and that is where the nickname “Petal” came from. Petal was painted as her new love interest but some of the ladies thought she had sent herself those flowers.

LaConco had told the ladies a few things about Petal, who lives in Jojo’s estate. So, Jojo had done some digging and informed Annie that he is not who LaConco says he is.

“We’ve all been questioning the whole petal thing. So anyway, I mean Petal stays in my estate. Basically I find out that Petal definitely does not own a yacht and from what I hear he is also… or was also, at some point looking for a roommate,” said Jojo.

“What I know… Petal isn’t exactly as rich as LaC says… which is weird because she never should have said anything. There’s no pressure,” she continued.

“I know where he works and who he works for. He is not the owner of the company,” she continued.

THE TRUTH BEHIND LACONCO’S RELATIONSHIP WITH ‘PETAL’

Annie addressed the “lies” with LaConco in a one-on-one conversation but the businesswoman said she did not owe anyone an explanation. That did not stop Annie, as she brought it up again in front of the rest of the ladies in the season finale of RHOD.

LaConco refused to give any information and the ladies thought they needed to know more about her because they were friends.

“He is my bestie. Finish and klaar, full stop. I am tired of this. Jojo and Annie thought the flowers were fake,” she said before Annie explained she was confused about her life.

“They expect me to explain. You can’t force anyone to talk. She must just respect that I will talk when I feel like it,” she continued in her piece to camera.

However, she did open up to Mabusi Seme in a private chat. She revealed that she is in a “situationship” with Petal. A situationship is defined as a romantic or sexual relationship which is not considered to be formal or established.