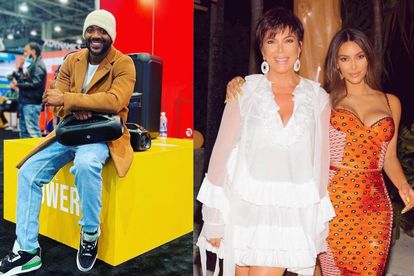 American singer William Ray Norwood Jr., popularly known as Ray J, who features in the infamous sex tape with reality star and businesswoman Kim Kardashian, claimed via a bombshell interview with Daily Mail published on Wednesday 4 May that she and her mom Kris Jenner were the ones who leaked the sex tape.

Ray J alleges that while the releasing his sex tape with Kim Kardashian was his idea, he was not the one who released it. The pair shot a sex tape while in Mexico for Kim’s birthday in 2002 and it was released in 2007.

“I’ve sat in the shadows for over 14 years allowing the Kardashians to use my name, to abuse my name, make billions of dollars over a decade-and-a-half talking about a topic I’ve never really spoken about,” said Ray J to Daily Mail.

He claims that leaking the sex tape was a partnership between himself, Kim and her mom Kris Jenner.

“I’ve never leaked anything. I have never leaked a sex tape in my life. It has never been a leak. It’s always been a deal and a partnership between Kris Jenner and Kim and me and we’ve always been partners since the beginning of this thing,” he continued.

Ray J says that releasing the sex tape was his idea but Kim later embraced the idea and her mom was on board. Kris then struck a deal with Vivid Entertainment –  a process he claims he had little to do with.

He says he regrets his role in releasing the tape because he was publicly blamed for leaking it.

“I felt suicidal because when you know something’s real and it’s true and you’re watching a whole family create an empire from a lie they’ve created, it’s heartbreaking and disrespectful to all the entertainers who have been honest and true to their craft,” he added.

WHAT DID KANYE PICK UP FROM RAY J?

Kim revealed that her estranged husband, Kanye West struck a deal with Ray J for the footage. However, Ray J claims that this was not actual footage but photos and texts instead.

Kanye was said to have picked up Kim’s sex tape so she would no longer be haunted by it and for the sake of their kids. Kim and Kanye have four kids together  – North (8), Saint (6) Chicago (4) and Saint (2).

“It wasn’t a sex tape – it was a lot of pictures, a lot of little mini videos and a lot of proof we’ve been talking over the years [since they split in 2006]. If you send me an email in 2008, the computer doesn’t change the date on it,” claimed Ray J.