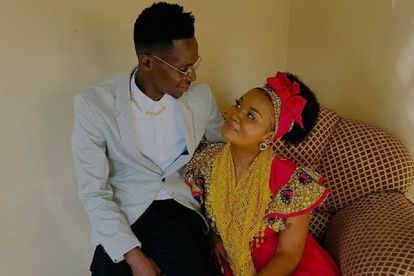 Rapper Duncan pays lobola for his partner of eight years. Image via @duncanskuva/Instagram

Rapper Duncan pays lobola for his partner of eight years. Image via @duncanskuva/Instagram

South African rapper Sphamandla Duncan Mbambo aka Skuva, may have been organising a funeral for Big Zulu last week with his diss track titled Umngcwabo, but he was also organising a huge celebration between his family and his fiance’s

The Sikelela hitmaker took to Instagram at the weekend to announce that he is off the market after paying lobola for his partner, Nosipho Ntombela, on Saturday 27 August.

DUNCAN IS OFF THE MARKET

Speaking to the Daily Sun, Duncan said that he was very excited and he cannot wait to start a family with his fiance.

“I can confirm that I just paid lobola for my girlfriend. It happened on Saturday and I feel excited about it.

“She’s made me the happiest man alive and I cannot wait to start a family with her.”

The pair have been together since 2014, and although they have no children together, Duncan is a proud girl-dad. The rapper has two daughters, Snakho and Enzokuhle.

Further talking about his wedding plans, the 26-year-old revealed that he and his partner wanted to do everything before the end of the year but due to financial constraints and unforeseen circumstances, they had to wait.

“So we have not set the wedding dates.

“Getting married is a huge step in my life. It’s a new chapter for me and I’m happy with my decision. I already feel like a real man. I’m assuming a new role as the head of the family,” he added.

His diss track followed three other diss songs directed at the Mal’ Eningi hitmaker who had released a diss tracked titled 150 bars, which he directed at a number of South African rappers.

According to Big Zulu, his song was to ignite the SA hip hop spark as several fans felt that the music genre had died because the country is focusing on amapiano.

One thing that stood out, and that Big Zulu wanted to make clear, was that he was not beefing with anyone.

Duncan also echoed the same sentiments when asked about his diss track.

“I want to assure people that there’s no bad blood between me and Big Zulu,” he said.