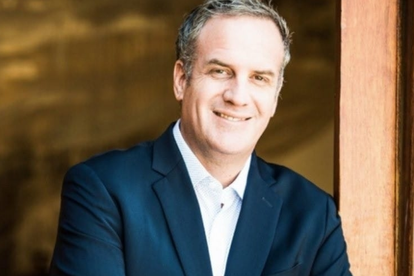 The current state of South Africa has left a bitter taste in many people’s mouths. With a lack of jobs, an electricity crisis, and political corruption at its ripest, people have quickly become despondent as they listen to the many promises made by various political parties who are fighting fiercely to reign over South Africa.

And now Rian van Heerden, a South African media personality, says that he wants to be given a chance to be South Africa’s president.

It turns out that Duduzane Zuma is not the only newcomer in the race towards the presidency. The son of former South African president Jacob Zuma has competition in the form of Jacaranda FM radio personality Rian van Heerden.

On Monday 27 September, the radio host announced that he will run for the next national elections in 2024.

“Because of the mess that politics finds itself in, I am running for the national elections in South Africa in 2024. Amen. It’s happening,” said Van Heerden in a video clip of himself speaking while in the Jacaranda studio.

Unfortunately, he doesn’t reveal much else about his plans for becoming president.

Van Heerden also shared the announcement on Jacaranda FM’s Facebook page where it received 135 likes. A quick scroll through the comment section also reveals that a number of people seemed to be excited about the news. Many of them pledged their vote to him while others simply wished him well:

“Rian, I wish you all the best…do you have ANY idea what you are getting into? If you do…and you present a viable solution that makes sense to ALL South Africans..you might get my vote.”

Many people are also of the opinion that the radio personality could be joking but he seems pretty serious! Guess everyone will have to wait and see.