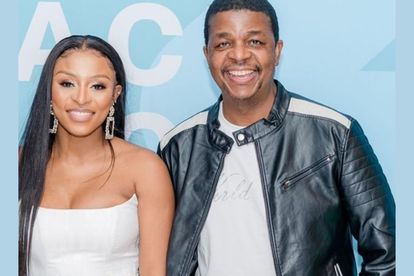 Oskido states on ‘Podcast and Chill with MacG’ that DJ ZInhle started wearing makeup after meeting AKA. Image via Instagram @oskidoibelieve.

Oskido states on ‘Podcast and Chill with MacG’ that DJ ZInhle started wearing makeup after meeting AKA. Image via Instagram @oskidoibelieve.

On the latest episode of DJ Zinhle: Unexpected which aired today (9 october), the businesswoman tells DJ and record producer Oskido that she is pregnant.

South African DJ Ntombezinhle Jiyane, popularly known as DJ Zinhle is going through the process of telling her nearest and dearest about her pregnancy in the current episodes of her reality show.

On the last episode of DJ Zinhle: Unexpected, which airs on BET Africa, the Hair Majesty founder revealed that her friend, DJ Oskido gifted her R200 000 when he found out he was pregnant with her first child, Kairo Forbes.

“I feel like it’s so tough to report to everyone that I am a fifty-thousand-year-old who’s pregnant … he was [cool with me when I told him I was pregnant with Kairo] he even gave me money,” she said.

DJ Zinhle has six-year-old Kairo Forbes with rapper AKA.

ALSO READ: How many episodes of ‘DJ Zinhle: Unexpected’ is AKA’s mom in?

HOW DID OSKIDO REACT?

In the latest episode which aired tonight (9 October) DJ Zinhle told Oskido that she is pregnant with her second child. However, it seems Oskido already knew she was going to confess her pregnancy to him.

“Okay so me and you need to have a chat,” Zinhle begins.

“About what?,” asks Oskido.

“Don’t tell me you are pregnant again. What’s happening then? Tell me,” responds Oskdio.

He asks if she’s serious and says okay, it’s fine. He then asks how many months pregnant she is and she replies four months (at the time). He goes on to say that children are blessings.

“Kids are blessings, you know we always love kids. We need a second member in the family, blessings, blessings,” he continued.

Thereafter, he talks about how they will handle work going forward. He says she can’t be in the studio when she’s six to seven months pregnant. DJ Zinhle and Black Motion’s Murdah Bongz welcomed baby Asante to the world on 8 September.