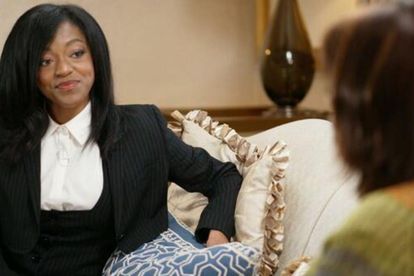 Azriel Clary — a young woman who once dated disgraced singer R Kelly — and turned against him in his recent sexual assault trial, has spoken out for the first time since his conviction…

The 23-year-old sat down with Gayle King in a recent interview that had social media reeling, especially as it saw her “do a 180” from her 2019 chat with the TV personality.

Last month, R Kelly was found guilty of federal racketeering and sex trafficking charges and faces a lifetime behind bars.

During his trial, Azriel Clary testified that R Kelly began sexually abusing her when she was just 17 years old. She also alleges the star manipulated and threatened her throughout their relationship.

In the CBS interview special, Azriel claimed that she was not honest in her 2019 interview with Gayle King and that her controlling boyfriend “coached” her on what to say.

“Before that interview, you know, he had us practising every single day…Answering questions…And if he didn’t like our answers, he would tell us exactly what to say and how to say it,” she told the talk show host.

In 2019, Azriel and another woman – Jocelyn Savage, who was also dating R Kelly at the time – spoke out for the first time to defend the singer and react to “misinformation”.

The emotional interview was ultimately a turning point for the woman who left R Kelly just a few months afterwards.

“It kind of made me kind of wake up in a sense, and realise, ‘Why am I acting like this? Why am I putting myself through all of this misery? Why am I exploiting myself for a man who has me in this position in the first place, you know?’

“And I really had to come to terms and, you know, realize that it wasn’t love. Love doesn’t hurt, you know?”

Also read: ‘Today it stops!’: Unathi will not tolerate R Kelly’s music around her

Meanwhile the family of Joyceyln Savage – who are still estranged from her after she started dating R Kelly – are hoping his conviction will see her reconcile with them.

Gerald Griggs, an attorney representing Jocelyn’s parents Jonjelyn and Timothy Savage spoke out on behalf of them.

He said: “We understand Joycelyn Savage is somewhere in New York and we’re hopeful to reconnect with her now that Mr. Kelly has been separated from her.

“We want to reunite, we’ve always wanted to reunite, the family loves her and wants her to come home.”

Joycelyn’s family believe that she was held against her will and accused the singer of sexually and physically abusing their daughter.