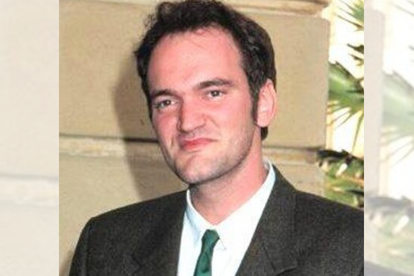 World-renowned movie producer Quentin Tarantino recently revealed how he does not support his 75-year-old mother. According to the award-winning director, when he was a child, his mother had “belittled” his writing dream and at that point, he vowed to never allow her to benefit from his success.

Seven-time Academy Award winner Quentin Tarantino recently shared that he has never supported his 75-year-old mother financially. The movie producer and scriptwriter shared with Brian Koppelman, the host of a podcast called The Moment, how he vowed never to let his mother benefit from his wealth after she “belittled” his writing dreams.

Tarantino, who has a net worth of $120 million (over R1.7 billion), revealed how his mother, Connie Zastoupil, had always been bugging him about doing his homework and spending too much time writing movie scripts as a child.

According to Tarantino, one day his mother started on his case and even said that he had a “non-scholastic ability.” While shouting at him about it, she also warned him about writing scripts all the time.

“OK, lady, when I become a successful writer, you will never see penny one from my success. There will be no house for you. There’s no vacation for you, no Elvis Cadillac for mommy. You get nothing. Because you said that”.

When asked by Koppelman if he eventually gave in and helped his mother out, the star responded that he helped her with an “IRS issue” but no house and no car. The Pulp Fiction director also added:

Meanwhile, he reveals who would make the perfect ‘Rambo’

While speaking during a Pure Cinema podcast earlier this year the director was asked who he thinks would make the perfect replacement act for Sylvester Stallone’s Rambo and he chose Marriage Story’s Adam Driver.

“Kurt Russell would play the sheriff, and (Adam Driver) would play Rambo,” Tarantino says, adding: “Every time I read it, the dialogue is so fantastic in the David Morrell novel that you’re reading it out loud. It would be so good.”