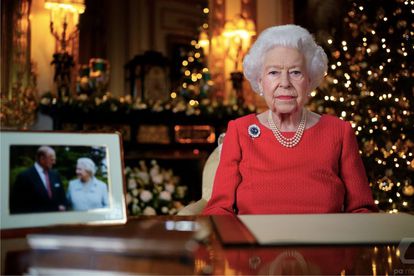 A crossbow carrying man was arrested after attempting to assassinate Queen Elizabeth. Image via Twitter @VictoriaJonesPA

A crossbow carrying man was arrested after attempting to assassinate Queen Elizabeth. Image via Twitter @VictoriaJonesPA

A man believed to be the crossbow-carrying intruder who broke into the grounds of Windsor Castle on Christmas Day threatened to “assassinate” Queen Elizabeth in a chilling video shared on social media.

The pre-recorded clip, which has been obtained by The Sun newspaper, was sent out on Snapchat at 8:06 am, just 24 minutes before police apprehended a 19-year-old man just 500 metres away from the 95-year-old monarch’s private apartments and saw a masked figure clutching a weapon and addressing the camera with a distorted voice.

He said in the video:

The Jallianwala Bagh Massacre, or Massacre of Amritsar, took place in India in 1919, when British colonial troops shot and killed 379 protesters and wounded more than 1,000.

The masked man suggested he didn’t think he would survive the attack.

“I’m sorry to all of those who I have wronged or lied to. If you have received this then my death is near. Please share this with whoever and if possible get it to the news if they’re interested.”

Police have confirmed they are assessing the video. After the intruder was apprehended on the grounds of the queen’s residence, he was sectioned under the mental health act.

It is believed the man, who lives in Southampton, had scaled a metal fence using a rope ladder but was spotted on CCTV “within moments” and triggered intruder alarms.

A Metropolitan Police spokesperson said in a statement:

“A 19-year-old man from Southampton was arrested on suspicion of breach or trespass of a protected site and possession of an offensive weapon. Security processes were triggered within moments of the man entering the grounds and he did not enter any buildings.

“Following a search of the man, a crossbow was recovered. The man was taken into custody and has undergone a mental health assessment – he has since been sectioned under the Mental Health Act and remains in the care of medical professionals.”