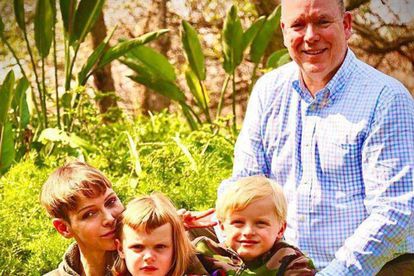 Princess Charlene and Prince Albert have been hit by rumours of a split. Seen here with children Gabriella and Jacques
Image via Instagram
@hshprincesscharlene

Princess Charlene and Prince Albert have been hit by rumours of a split. Seen here with children Gabriella and Jacques
Image via Instagram
@hshprincesscharlene

The South African raised royal, who has been in the country since January, has been hit by allegations her husband secretly saw his ex-girlfriend during her time away from home.

According to reports, Prince Albert – who wed Princess Charlene a decade ago and are now rumoured to be on the verge of a divorce — took his former girlfriend Nicole Coste to a Red Cross Ball in July, while his wife was grounded in SA with a “serious sinus infection”.

And it’s not the first time the friendly exes have seen each other in Princess Charlene’s absence; Albert was photographed attending their son’s 16th birthday party and Nicole’s 50th birthday party both in 2019.

In a 2014 interview, Nicole slammed Charlene for preventing the prince from visiting his son.

She told The Mail On Sunday: “The truth is that, I’m sorry to say, Albert hasn’t seen Alexandre since a brief visit last September. It has become impossible since he married that girl.

“I suppose as a new wife, how would one feel? But she should think about my innocent child. I don’t want to attack her but I think it is just jealousy and I don’t know why. I have been through hell in my fight for my son’s name and future.”

Jazmin is Albert’s first child and was born to US singer Tamara Rotolo.

The half-siblings were celebrating Alexandre’s 18 birthday and posed for snaps on Jamzin’s Instagram page.