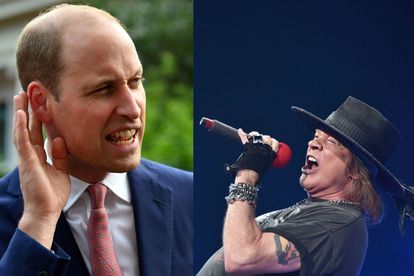 Prince William confessed that he’s an AC/DC fan and how one of their most famous songs, ‘Thunderstruck’, gets him going for the week. Image via AFP

Prince William confessed that he’s an AC/DC fan and how one of their most famous songs, ‘Thunderstruck’, gets him going for the week. Image via AFP

Britain’s Prince William has revealed himself as an unlikely headbanger in a podcast in which he talks of his love for Australian hard-rockers AC/DC.

The song featured on Prince William: Time To Walk, recorded for Apple, in which he gives an audio walking tour around the Sandringham royal estate in east England and plays his favourite tracks.

The prince said that he listens to the band’s driving 1990 anthem Thunderstruck to ease himself into the working week.

“There’s nothing better on a Monday morning, when you’re bleary-eyed after the weekend and trying to get back into the grind of the week,” said the second-in-line to the throne.

William also talked of his mother, Princess Diana, cranking up the volume on US singer Tina Turner’s 1980s-era hit The Best to alleviate anxiety driving him and Harry back to boarding school after holidays.

“My mother, she’d be driving along, singing along at the top of her voice” in a “real family moment”, he said, adding that the police protection officer in the car with them would sometimes join in.

THE AIM BEHIND ‘PRINCE WILLIAM: TIME TO WALK’

The father of three also talked about his children, saying Princess Charlotte, six, loves dancing to Colombian star Shakira’s 2010 song Waka Waka with “a lot of hip movements,” while her younger brother Louis, three, tries to copy her.

The podcast will be available to hear for free on Monday on the Apple Music 1 radio station, with the tech giant giving donations to the prince’s chosen charities.