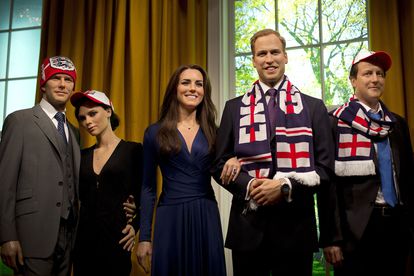 An inside source has claimed that Prince William and Kate Middleton did receive wedding invitations from Brooklyn Beckham and the billionaire heiress Nicola Peltz, while Prince Harry and his wife, Meghan Markle did not.

The Mirror claims that David and Victoria Beckham (Posh Spice) did invite Prince William and Kate to their son’s star-studded event on Saturday, 9 April in Florida in the United States.

The source claims that the Duke and Duchess of Cambridge declined the request due to security reasons.

A source close to the Beckhams revealed to the Mirror, “David and Victoria wrote to William and Kate inviting them and the family to their son’s wedding, and William replied wishing them a great deal of joy but they are unable to attend.”

Prince William and Kate tied the knot in 2011 and invited David and Posh Spice to the event.

What about Harry and Meghan?

A variety of A-listers such as Gigi Hadid and Nicole Ritchie attended Brooklyn and Nicola’s wedding, but it seems that Prince Harry and Meghan were notably missing from the list, even though the Duke and Duchess of Sussex also invited the Beckhams to their wedding in 2018.

Many fans speculated whether their invite went missing due to an ongoing rift between the two royal brothers. But, the source claims that it did not come down to that and that David and Victoria are closer to Prince William and Kate in any case.

The source claimed Prince William and Kate were always the Beckhams’ choice, as opposed to Harry and Meghan. “David’s attachment and history go back with William and Kate and they have a very strong relationship and they were their choice of wedding guests.”