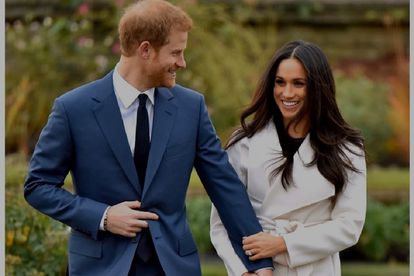 Prince Harry’s defamation battle against tabloid Mail on Sunday has gotten a boost after he won the first step. Image via @suxxessroyal/Instagram

Prince Harry’s defamation battle against tabloid Mail on Sunday has gotten a boost after he won the first step. Image via @suxxessroyal/Instagram

Good news for Prince Harry after his legal battle against Mail on Sunday went his way on Friday 8 July, though the case is still ongoing.

According to The Guardian, an article in the Mail on Sunday which alleged the Duke of Sussex was trying to keep his legal claim against the Home Office a secret contained some words that were defamatory in meaning.

THE MAIL ON SUNDAY’S CLAIMS

On 19 and 20 February 2022, the publication published an article (online and in print, respectively) about the prince’s legal challenge to the Home Office. Harry had wanted to personally pay for police protection for himself and his family while in the U.K.

The article was titled: “How Harry tried to keep his legal fight over bodyguards a secret … then minutes after MoS broke story his PR machine tried to put a positive spin on the dispute.” The newspaper alleged that the royal had “lied” and tried to “manipulate” the public with regards to his and wife Meghan Markle’s concerns over their access to high-level security.

Days after the article was published, the Duke of Sussex launched a legal claim against Associated Newspapers Ltd (ANL).

On Friday Mr Justice Nicklin found that the article caused “serious damage to his reputation and substantial hurt, embarrassment and distress, which is continuing.”

“It may be possible to ‘spin’ facts in a way that does not mislead, but the allegation being made in the article was very much that the object was to mislead the public.

“That supplies the necessary element to make the meanings defamatory at common law,” the judge was quoted as saying.

However, the judge emphasized that this ruling was only the first step of Harry’s defamation case.

“I should reiterate that the decision made in this judgment is solely concerned with the objective meaning of the article published by the defendant for the purposes of the claimant’s defamation claim. This is very much the first phase in a libel claim. The next step will be for the defendant to file a defence to the claim. It will be a matter for determination later in the proceedings whether the claim succeeds or fails, and if so on what basis.”

MAIL ON SUNDAY VS MEGHAN MARKLE

According to the New York Post, this is not the first time that the royals are battling it out with Mail on Sunday.

In February last year, Prince Harry’s wife, Meghan, won her court case against the tabloid after it printed parts of the handwritten letter she sent to her estranged father, Thomas Markle, in August 2018.

Before her high-profile wedding to Prince Harry in 2018, Meghan wrote a five-page letter to her father as their relationship had become rocky.