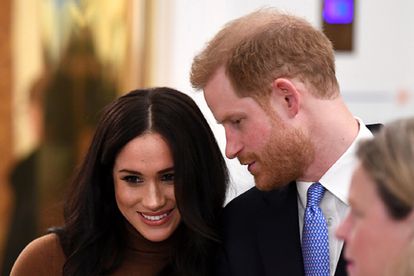 Prince Harry, Duke of Sussex and Meghan, Duchess of Sussex during their visit to Canada House in thanks for the warm Canadian hospitality and support they received during their recent stay in Canada, on January 7, 2020 in London, England. Image: DANIEL LEAL-OLIVAS – WPA Pool/Getty Images.

Prince Harry, Duke of Sussex and Meghan, Duchess of Sussex during their visit to Canada House in thanks for the warm Canadian hospitality and support they received during their recent stay in Canada, on January 7, 2020 in London, England. Image: DANIEL LEAL-OLIVAS – WPA Pool/Getty Images.

Prince Harry and his wife Meghan Markle have become parents for the second time. The Duchess of Sussex gave birth to a girl named Lilibet “Lili” Diana Mountbatten-Windsor.

The couple’s second child was born at 11:40 at Santa Barbara Cottage Hospital in Santa Barbara in California on Friday 4 June 2021.

According to Harry and Meghan, the baby has been named Lilibet after the family nickname for the Queen, the baby’s great-grandmother, while her middle name was chosen to honour her beloved late grandmother, the Princess of Wales.

“On June 4, we were blessed with the arrival of our daughter, Lili. She is more than we could have ever imagined, and we remain grateful for the love and prayers we’ve felt from across the globe. Thank you for your continued kindness and support during this very special time for our family”

Lilibet is now eighth in line to the throne and for now, she is unlikely to earn a title, just like her brother Archie. She’s Queen Elizabeth’s 11th great-grandchild, and the first of the monarch and the Duke of Edinburgh’s great-grandchildren to be born since Philip’s death back in April.

Will Harry and Meghan introduce Baby Lili to the rest of the family?

Given the recent family tensions, the big question: Will Harry and Meghan Markle introduce their newborn to the rest of the royal family? Harry was forced to reunite with his family to lay his grandfather to rest. According to British tabloids, it was anything but pleasant and may be a while before the world sees a reconciliation.

The couple resigned from their roles as senior members of the royal family – a decision which received much backlash, with many accusing Markle of having been the main orchestrator. They did an exclusive interview with Oprah Winfrey, in which they explain the circumstances surrounding their exit.

The couple made bombshell revelations, including how there were questions surrounding baby Archie’s skin colour and tensions between Markle and the Duchess of Cambridge, Kate Middleton.