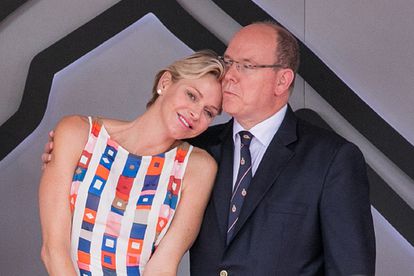 Princess Charlene of Monaco and Prince Albert II of Monaco are seen on the podium at Circuit de Monaco on May 27, 2018 in Monte-Carlo, Monaco. Image: Marc Piasecki/WireImage.

Princess Charlene of Monaco and Prince Albert II of Monaco are seen on the podium at Circuit de Monaco on May 27, 2018 in Monte-Carlo, Monaco. Image: Marc Piasecki/WireImage.

Prince Albert of Monaco wants to set the record straight on rumours that have made headlines in the midst of Princess Charlene’s extended stay in South Africa.

Due to an ear, nose and throat infection, the princess has not been able to travel back to Monaco since mid-May. Even after the prince and their two children did visit the princess in South Africa twice throughout, rumours about a rift in their marriage have not slowed down.

“She didn’t leave Monaco in a huff!” Albert, 63, told People in this week’s issue. “She didn’t leave because she was mad at me or at anybody else. She was going down to South Africa to reassess her Foundation’s work down there and to take a little time off with her brother and some friends.”

He continues, “It was only supposed to be a weeklong, 10-day maximum stay, and [she is still there now] because she had this infection all these medical complications arose.”

Princess Charlene has since had several corrective procedures, including one in late June that caused her to miss her 10th wedding anniversary on 1 July.

Albert emphasizes, “She didn’t go into exile. It was absolutely just a medical problem which had to be treated.”

He previously also said that the rumours about their marriage affect both of them.

And I thought it would just probably go [away]. You know if you try to answer everything that comes out then you’re constantly [responding], you’re wasting your time. Of course it affects her, Of course, it affects me. Misreading events is always detrimental. … We’re an easy target, easily hit, because we’re in the public eye a lot.”

Just last week, on 1 September, the Princess was rushed to the hospital. After she was released, Princess Charlene and her family are seemingly trying to remain positive and focus on the princess’s recovery.

“She’s ready to come home,” Albert previously told People, even quipping, “She’s jokingly said that she’s ready to stow away on a ship to come back to Europe.”