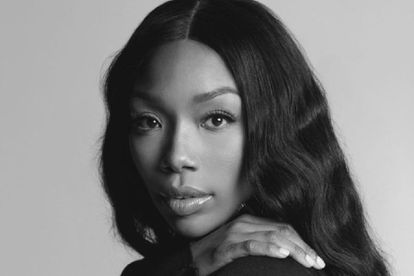 R&B singer Brandy was rushed to the hospital after a ‘possible seizure’. Image via Twitter @thejessiewoo

R&B singer Brandy was rushed to the hospital after a ‘possible seizure’. Image via Twitter @thejessiewoo

Fans have been sending prayers and messages of healing to R&B singer Brandy Norwood after reports she has been hospitalised.

According to TMZ, the 43-year-old Come Closer hitmaker was rushed to the hospital following a “possible seizure” at her home in Los Angeles on Tuesday 11 October.

ALSO READ: Black Coffee opens up about going to therapy to heal during divorce

BRANDY RUSHED TO THE HOSPITAL

The tabloid reports that paramedics were called to her home and she was rushed to the hospital where she is currently admitted.

A source told the outlet that she “suffered a suspected seizure and is currently hospitalised”.

“It’s unclear what triggered the medical episode, however, Brandy is expected to make a full recovery,” the source was quoted as saying.

The source also revealed that Brandy’s parents have been at the hospital, by her side, throughout.

BRANDY IS GRATEFUL FOR THE PRAYERS

On Wednesday night, Brandy took to her Instagram stories to thank her family, friends and fans for the prayers.

“To my beloved fam, friends, and starz [sic] thank you for sending love and light my way.

“I am following doctors’ orders and getting the rest I need due to dehydration and low amounts of nutrition. Thank you for your prayers and support. Grateful to you all, see you soon,” she wrote.

In his post, which he has since deleted, a video showed the One Wish hitmaker’s legs hanging over a ledge, while he asked if he should “just jump off and end it all”.

The singer captioned his other post: “If it wasn’t 4 my Kidz I would jump off and die tonight.”

In his Instagram stories he wrote, “Trying to figure it out — maybe this life was a illusion. Maybe the next life was my real reality.”

As per TMZ, a source claimed that Ray J had been drinking at the time and that he is now doing much better.

Showing her little brother support, Brandy uploaded a throwback pic of them to her Instagram with the caption, “Need you, bro.”