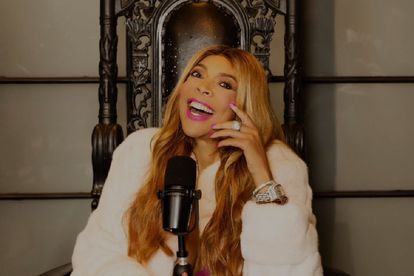 Fans are worried about Wendy Williams’ health after a video of her looking fragile and thin was shared on social media. Image via @therealwendywilliamsonline/Instagram

Fans are worried about Wendy Williams’ health after a video of her looking fragile and thin was shared on social media. Image via @therealwendywilliamsonline/Instagram

A disturbing and concerning video of the media personality begging for help has been circulating on social media as fans ask for prayers.

ALSO READ: Wendy Williams reveals how large her feet are due to lymphedema [watch]

WENDY WILLIAMS ASKS FOR HELP AS SHE STRUGGLES TO WALK

In a video shared by Daily Loud on twitter earlier today, the former queen of gossip seemed to panic when she realised she was struggling to walk and frantically asked for someone to give her a hand.

“Hey Wendy, how ya doin’?” a reporter asked as she approached her building, to which she replied, “Fine. Thanks.”

ALSO READ: ‘She’s home and healing’: Wendy Williams on the road to recovery

When the reporter failed to extend his assistance, she stumbled into a woman in front of her building and grabbed her wrist for for balance as she walked in.

LITTLE BROTHER SAYS SHE HAS BAD INFLUENCE AROUND HER

The video comes a few days after Wendy Williams looked happy and healthy at her first public appearance since her being in rehab for almost three months for “extreme alcohol abuse.”

However, according to an interview her little brother Tommy Williams, 54, had with The U.S Sun last week, there is no progress in her life because of the company she keeps.

“I have no belief that Wendy is doing as well as she was doing when she was down here, in Florida. I know there are evil-doers lurking about,” he said.

The former daytime host’s younger brother said that she was still not communicating with her family.

“With her absence comes questions, and scrutiny: How is she living, what is she doing and what the hell is she up to?

“I was right there with her during the dark times many moons ago, and I think about this constantly – she going back to times before she was married. She’s going backward,” he added.

“You’re going to find some 18 or 25-year-olds to hang out with? I saw photos of her a little while back at some club. What is she doing?

“We entered drugs and alcohol simultaneously as kids, messing around like ‘Try this, hey try that.’ I would be a great resource because Wendy & I went through some real things in our lives including Wendy’s stardom and the venues we’ve been in.”