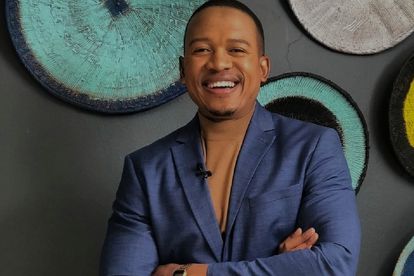 Lehasa Moloi, who is an actor and screenwriter, took to his Instagram stories to ask his fans to remember him in their prayers. Image via @hasaling/Instagram

Lehasa Moloi, who is an actor and screenwriter, took to his Instagram stories to ask his fans to remember him in their prayers. Image via @hasaling/Instagram

Actor and screenwriter Lehasa Moloi has asked his fans to keep him in prayer as he is battling depression.

The former Rockville actor shared in a very short Instagram story post on Saturday 20 August that he has depression and he can barely speak. Lehasa did not disclose any more details after the post.

“Depression is chowing me right now guys. I can barely speak. Pray for me,” he wrote.

Lehasa’s post comes a few days after his former co-star on Rockville, Enhle Mbali Mlotshwa opened up about her mental health issues. During her interview with Dineo Ranaka and Sol Phenduka on the Kaya 959 Breakfast show on Thursday 18 August, the mom-of-two said she had to check herself into a mental institution a few years ago because she had become numb.

Lehasa and Enhle join a long list of media personalities who’ve come out to reveal that they are dealing with or have had to deal with depression.

In 2018, rapper Gigi Lamayne left a shocking tweet which was followed by her alleged suicide attempt. This was after she had tweeted, a few months prior, that she had been fighting and living with depression.

While the hip-hop artist survived, fellow rapper Riky Rick allegedly took his own life in February this year, also due to mental health challenges. Last month, another rapper, Tumi Tladi, was alleged to have committed suicide.