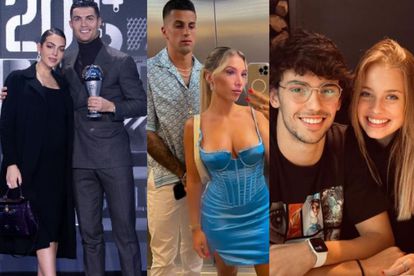 Portugal will face off against South Korea at the Fifa World Cup in Qatar on Friday 2 December – here’s a look at some of Portugal’s posh Wives and Girlfriends (WAGS) including Cristiano Ronaldo’s fiancee and more.

Georgina Rodriguez is Cristiano Ronaldo’s fiancee. She is the mom of Ronaldo’s daughter and the pair had a pair of twins together. However, their son passed away.

Georgina met Ronaldo while she was working as a shop assistant in a Gucci store in Spain in 2016. She has since branched out with her own clothing line and has her own Netflix series titled I Am Georgina.

ALSO READ: Who is Ronaldo’s fiancée? Five things to know about Georgina

Margarida Corceiro is the girlfriend of Joao Fleix. She is a soapie actress and also starred in the Portuguese version of Dancing with the Stars.

However, there has been some drama in their relationship. Margarida had to deny claims that she was unfaithful to Joao after there were allegations that she was seen kissing Sporting Lisbon ace Pedro Porro at a club.

Bruno Fernandes is married to 28-year-old Ana Pinho. The pair met when they were both just 16 years old and tied the knot in 2015. Bruno and ANa welcomed their first child together in 2017 and their second in 2020.

Ines Tomaz is engaged to 23-year-old bikini model Bernardo Silva. The pair met through mutual friends during the lockdown. Ines revealed that she was engaged to Bernardo in May this year.

Joao Cancelo is in a relationship with 26-year-old Daniela Machado. Daniela is an influencer and blogger with 74 800 Instagram followers. The pair were childhood sweethearts who are believed to have begun dating in 2011.

ALSO READ: Posher than England? US Wags show off at World Cup [photos]