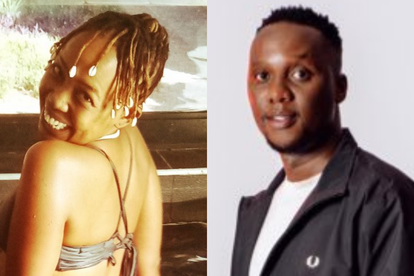 Controversial poet Ntsiki Mazwai recently put Metro FM DJ MoFlava on blast for no apparent reason. Her post resulted in a big online discussion as South Africans either agreed or disagreed with her. Many of them resorted to roasting her in the comment section.

South African activist Ntsiki Mazwai is at it again. This time she headed to Twitter to drag radio personality MoFlava who hosts a local breakfast show.

In her post, Mazwai criticises the station for keeping the DJ on the show while calling him “lame and mediocre”.

“I don’t know why Metro FM hang onto MoFlava. He is so lame and mediocre, especially for a breakfast show. What a boring personality with nothing to offer! reshuffle!” she wrote.

While some defended MoFlava who has been on air for a considerable amount of years now. Many of them dragged her for blasting MoFlava while some even asked her what her talent is. Others however agreed with Mazwai and thanked her for being brave enough to say what many people did not have the courage to say – especially online.

“But no one forces you to listen to his show. Guess we all have preferences. I don’t listen to King’s suite coz I also feel it’s wack but I just switch to another station. Konje wena what’s your real talent sisi except being a sister to usisi Thandiswa?”

“It’s this English of theirs when Khabzela and I introduced vernacular at why FM, then the coconut DJs thought that we’re from a jumbo sale…Listen to what is happening to KayaFM in the morning…Skhumba and Thomas are killing it…”

The poet who stood up to Nando’s

She recently joined many South Africans in slamming Nando’s on social media.

The marketing team of the grilled chicken company seems to have rubbed many locals the wrong way with their Piet Rampedi “Tembisa 10” ad and now many of them, including Ntsiki are speaking out.

Not only is Nando’s ruffling the feathers of ready-to-be-cooked chickens, but they are also now ruffling Mzansi’s feathers. The food company has been at the receiving end of backlash ever since they aired an ad about what may be the country’s biggest news fail for 2021, Pretoria News editor Piet Rampedi’s “Tembisa 10.”