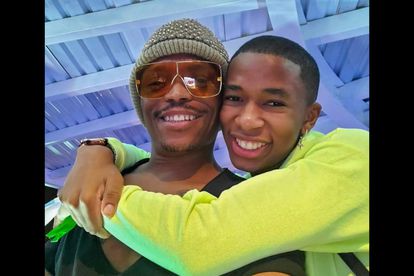 SOMIZI IS RUMOURED TO BE ENGAGED TO PHOLOSO

Somizi Mhlongo sparked engagement rumours when he posted a video of “his and his” rings on his Instagram Story.

The media personality also said he was “getting married again” – in the trailer of season five of his reality series – Living the Dream with Somizi.

Somizi is also currently going through a divorce from his estranged husband Mohale Motaung. The pair announced their divorce in August 2021 after Mohale accused Somizi of physically and psychologically abusing him during their married – in leaked audio clips by Sunday World.

Somizi and Lasizwe are known to have some “beef” between them. Lasizwe revealed that he and Somizi still have some bad blood between them, on an episode of his show – Drink or Tell the Truth in August 2021.

“He is undoubtedly talented but as a person, the vibes with him and I? No,” said Lasizwe.

“I believe you can’t be in the same circle as someone who is doing the same thing as you, but individually, give me zero for him,” he continued.

“(It) is well known that Somizi and Lasizwe do not get along. It turns out Lasizwe also briefly dated now Somizi’s fiancé Pholoso Mohlala,” he wrote.

“Lasizwe and Pholoso’s relationship dates back to January 2022 and he moved on to date and get engaged to Somizi,” he continued.