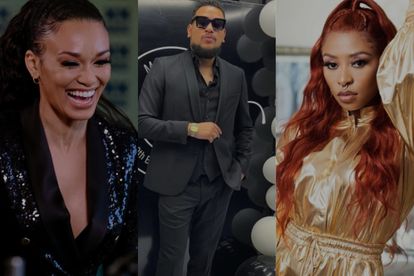 Pearl Thusi has addressed Musa Khawula’s claims about sleeping with AKA. Images via @pearlthusi, @akaworldwide, @djzinhle/Instagram

Pearl Thusi has addressed Musa Khawula’s claims about sleeping with AKA. Images via @pearlthusi, @akaworldwide, @djzinhle/Instagram

Actress and presenter Pearl Thusi has responded to allegations she slept with rapper AKA when he was dating her friend DJ Zinhle.

Musa Khawula, who has a murder case hanging over his head, is back on social media. The controversial celebrity commentator, who was suspended on Twitter in September, took to his YouTube channel to do what he does best — bash our local stars.

According to Musa, the Lemons (Lemonade) hitmaker and the Black Pearl owner have had a sexual relationship.

Musa claimed that the two media personalities “slept” together while AKA was still dating his baby mama DJ Zinhle. AKA and DJ Zinhle, who share seven-year-old daughter Kairo Forbes, dated twice between 2014 and 2019.

Currently, all three stars are in relationships with their respective partners. DJ Zinhle is married to DJ and producer Murdah Bongz aka Mörda, with whom she has a daughter named Asante Mohosana. AKA is dating fellow rapper Nadia Nakai. Meanwhile, Pearl Thusi is rumoured to be dating musician Anatii.

TWEEPS PUT TWO AND TWO TOGETHER

The damning claims by Musa Khawula prompted tweeps to conclude Pearl Thusi and DJ Zinhle’s friendship, which many believe has crumbled.

But, Pearl Thusi and DJ Zinhle’s friendship seems to be great — if a recent interaction is anything to go by.

Last week when Pearl Thusi was partying up a storm with Hollywood actress Gabrielle Union in Johannesburg, DJ Zinhle commented on her friend’s Instagram post with a heart emoji to which the Fistful of Vengeance actress asked the musician “where are you wena?”

After trending on Twitter on Sunday, Pearl Thusi seemingly addressed the rumours by saying she will not dignify them with a “real” response.

“I’m not even going justify nonsense with a real response anymore. ✌🏽Enjoy your day guys.”