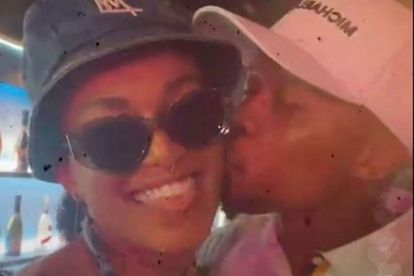 Pearl Thusi and Mr Smeg will be celebrating Valentine’s Day together on a date.

The single stars have agreed to go on another date after they hit it off over the weekend on their “national date”.

But the question on everyone’s mind is, will this be another public date for Black Twitter to gatecrash again?

Following the success of his first date with Pearl Thusi, Mr Smeg – real name Michael Bucwa – attempted to shoot his shot with the actress.

In a since-deleted tweet, Mr Smeg tagged the star, tweeting: “Hi @pearlthusi Will you be my Valentine and go out on a second date with me?”

We’re not sure if she spotted the tweet from her not-so-secret admirer, but the star responded to the request via another tweep.

To Mr Smeg’s surprise, the celebrity responded: “I wouldn’t mind”.

The social media star was overjoyed at his romantic prospects and tweeted: “Second date with Pearl Thusi confirmed on Valentine’s Day”.

He also referred to Pearl Thusi as “My Valentine”.

With Valentine’s Day around the corner, Mr Smeg is hoping to sweep his date off her feet with a romantic date.

The Twitter star asked his followers for suggestions, and many had some great ideas.

“Buy her some nice chocolate, perfume and a movie”

“Visit a children’s home. Give presents to the kids”

“Make it private this time. And get to know her”