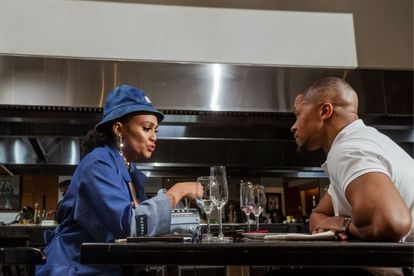 It was meant to be a day celebrating love and the prospects of a budding relationship. But sadly, Mr Smeg will be spending Valentine’s Day alone after being ditched by Pearl Thusi

Days after teasing bad news, the actress and media personality revealed that she has cancelled her romantic date with Mr Smeg.

The news was announced on Twitter to the disappointment of South African fans. But no one was more disappointed than Mr Smeg himself…

“The Valentine’s Day date has been cancelled”, Mr Smeg tweeted on Saturday.

On her own Twitter account, the Fistful of Vengeance actress sadly revealed that she would be away for the week due to work commitments.

But it’s not all bad news, the star has promised to “make it up” to her handsome date – and even asked for ideas.

“So I’m travelling for work tomorrow for a week… how should I make it up to him ?”

After getting over their initial disappointment, many tweeps offered suggestions on how Pearl Thusi could redeem herself with Mr Smeg

“Spend time together and enjoy your last few hours before you leave. Have a pre-pre valentine date”