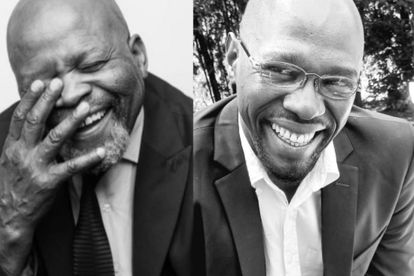 Popular actor Patricks Shai’s son Sechaba Shai who battled with drug addiction for 17 years recently opened up about his addiction, and how his father’s death has motivated him to stay clean.

Shai passed away four months ago was found dead by his wife in his garage after reportedly committing suicide in his Dobsonville, Soweto home.

SECHABA SHAI: ‘I WANT TO LIVE A PURPOSEFUL LIFE’

Sechaba Shai who’s been clean for over a year says his late father Patrick wanted nothing but the best for him and to live his life to the best of his ability without any drug addiction.

He tells Drum Magazine that his father’s greatest wish was for him to be a proper man, a family man, irrespective of whatever field he got into.

“I also want to live a purposeful life, leave a contribution on this planet and be able to help people who find themselves in the position I was once in.”

The actor’s son adds that he was just 14-years-old when he first experimented with drugs and says that he’s proud of how far he’s come as he’s not once tempted to use drugs since his father died.

“I was too shocked to even think about drugs. My dad was a huge support and he helped me to quit. I would be tainting his memory if I ever went back when he believed in me. I just thought his death was some nightmare or joke where he would get up or I would wake up.”

He also tells the publication that he and his father were very close and he misses him every day.

“I miss him a lot. Every day I wake up and wish he was still around. Sometimes I call his number to hear his voice. It’s not easy but it’s getting better. I have allowed myself to cry when I need.”

His family found out when he was in his late teens and going into his early 20s that he was using drugs.

“I had changed; I was stealing in the house and getting up to nonsense. My health started to deteriorate, my skin had changed, and I was no longer the same person I was before. They saw signs.”

HOW HIS FATHER PATRICK SHAI HELPED HIM

Patrick and his wife Mmasechaba Shai put their resources together and took Sechaba to various rehabilitation centres.

“They took me to about four rehabilitation centres. Even with the last rehab centre, they joined resources and got the help I needed, and I will forever be grateful to them.”

The father of three says he stayed on the streets for nearly 15 years while using drugs.

“The fact that I lost 17 years of my life has encouraged me to try and stay clean. I realized if I carried on, I would lose more in the future.”

He became homeless because he had messed up so much and the sense of embarrassment hit him hard, and he didn’t know how to fix it and make things right.

“I ended up leaving home and staying in the streets.”

This year, Sechaba pens his life story in an autobiography all about his journey to being drug-free.

“I do not have a title for the book as yet as it is still in the writing stages. But it will be about my life’s journey and beating addiction.”

ALSO READ:Patrick Shai’s son Kopano reveals he was humiliated by his videos