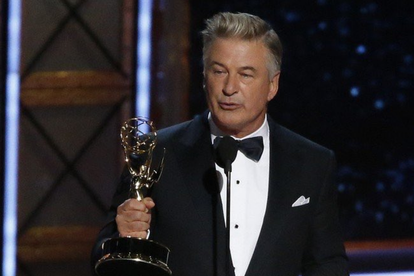 Alec Baldwin and his wife have spoken out about Halyna’s death. Image via Twitter: @AlecBaldwln____

Alec Baldwin and his wife have spoken out about Halyna’s death. Image via Twitter: @AlecBaldwln____

For the first time since it happened, actor Alec Baldwin has spoken publicly about the fatal shooting that left cinematographer Halyna Hutchins dead. Hutchins was shot by Baldwin after he was rehearsing on the set of his new movie Rust with what he believed to be was a prop gun.

He has now said that what happened is like a “one in a trillion episode”.

US actor Alec Baldwin’s life has been turned upside down following a harrowing accident that left cinematographer Halyna Hutchins dead.

She was killed after Baldwin discharged a gun on the set of a movie they were filming. According to statements made by Baldwin shortly after the shooting, he was told that the gun was a prop and that it wasn’t loaded.

Baldwin then headed to his Twitter page where he expressed his grief over what happened while adding that he is cooperating with investigators.

Channel24 reports that the actor and his wife were then spotted by TMZ journalists who asked him for a statement about what transpired on that day and he had this to say:

“There are incidental accidents on film sets from time to time, but nothing like this. This is a one in a trillion episode.”

He also went on to say that Halyna was his “family”.

Alec’s wife Hilaria Baldwin was with him when they were intercepted by the TMZ reporters and her behaviour has been questioned online.

Many people found that she was overly eager to speak to the reporters and slammed her for interrupting Alec a number of times as he addressed the journalists.

Daily Mail reports that Alec had to ask her twice to stop interrupting him while he tried to share his thoughts about the shooting. While speaking to the reporters, Hilaria revealed that the two of them were in Vermont to mourn Halyna’s death.

“I brought [Alec] up here because we have to mourn Halyna’s death,” she said. “Alec had a really traumatic thing happen, and I am trying to limit the PTSD.”

At one point Alec becomes very annoyed with Hilaria and even asked to let him answer the questions.

“Do me a favor? I’m going to answer the question,” he is heard saying while clearly annoyed.