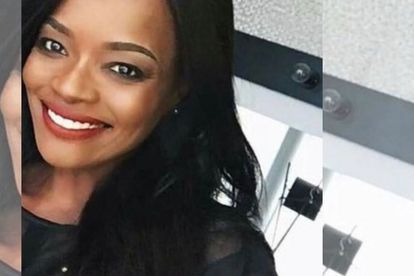 ‘Off we go’: Inside Kuli Robert’s last tweet and tributes from South Africans. Image via Twitter @MarcLottering

‘Off we go’: Inside Kuli Robert’s last tweet and tributes from South Africans. Image via Twitter @MarcLottering

South Africans and industry friends are paying tribute to popular actress and media personality Kuli Roberts who passed away on Wednesday evening.

A friend close to the 39-year-old star told True Love that she collapsed last night and never woke up around 22:00.

“She was relaxing with friends at a get-together and she just collapsed and never woke up.”

‘KULI ROBERTS WAS LARGER THAN LIFE’

South Africans and fans of the star have flocked to social media to pay tribute to The Queen actress and Trending SA presenter- Kuli Roberts.

Roberts was a journalist at Drum and You Magazine before working at Sunday World as a Lifestyle Editor.

Her industry friends commended the Real Goboza presenter for living her truth and for fighting for what she believed in until the end.

Her close friend Sello Maak KaNcube who also starred in The Queen tweeted:

“Bow out my dear sis, yours was a life lived 100 times better than how most of us wish we coul.”

“Those who loved you, loved you for your truth and resolve and same as those who didn’t!”

“Consistent to the end!”

“We will meet again for that coffee! #RIPKuliRoberts Rest in Peace!”

“I am still in shock my heart goes out to Kuli’s children, family, and loved ones.”

Rest in Peace, my sister.”

“What a pleasure to have known you.”

“The loss of a legend like us Kuli Roberts sounds beyond belief, it sounds rather like a dream and somehow you’re goin’ wake up to “real life”.”

“We lost an icon of media, a pioneer, a veteran. May her soul rest in peace, power, and respect.”

“She was never perfect.”

“I am numb, speechless, and heartbroken.”

“Thank you for your love, talent, wit, playfulness, and being.”

ALSO READ:Who was Kuli Roberts? 10 things you should know about the SA icon