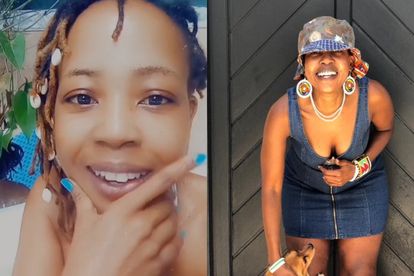 Ntsiki Mazwai is trending on Twitter after posting a video talking about weaves where she appeared to be naked.

“I have one question for the weave ladies. If they ask you how long your hair is, what do you say? Do you say I have long hair or shoulder length hair or what?” she said.

“I know what I say. I say I have shoulder length hair,” she continued.

Ntsiki previously expressed that she is not a fan of weaves. When DJ Zinhle released her wig brand, Hair Majesty, the poet slammed her.

“Imagine….. Your celebs glamorize and sell booze and foreign hair to you. Sies man,” she tweeted.

“Weaves and Booze.Nice work leaders. You make the youth focus on weaves and booze. Levels,” she wrote in another tweet.

“Selling weaves is no different to selling drugs. We are dealing with an addiction,” she added.

TWEEPS: ‘WHY ARE YOU NAKED?’

Tweeps were confused about why Ntsiki was naked in the video.

Others were more focused on her conversation than her body.

“I cannot think of a greater ‘cultural misappropriation’ (so-called) than women who have ethnic hair– wearing these sleek weaves. So i say! Let them white sisters put cornrows in THEIR hair. Let them braid THEIR hair. Then we leave our black sisters to misappropriate Indian hair,” wrote @MarionMarillier.

“My hair reaches my shoulders, that’s how long it is. When I braid cornrows to wear my wig I don’t use a hairpiece,” wrote @LadyMay_K.

“Next please ask those who wear makeup – Why (are) they so obsessed with saying they have naturally beautiful faces but it’s only 3/350 photos of them without makeup on their Instagram,” wrote @IAM_Peculiar__.